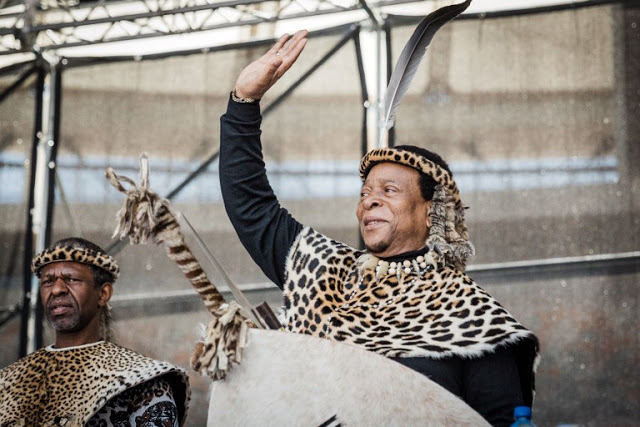 South Africa’s Zulu king and Afrikaans nationalist group, AfriForum, are forming a partnership to develop the agriculture on vast swathes of land the monarch controls through a trust, AfriForum’s CEO said.
The move came as the ruling African National Congress (ANC) took steps to change the constitution to expropriate land without compensation.
Meanwhile ANC is also seeking to provide security of tenure to people living on royal tribal lands policies opposed by AfriForum and the king.
“We are finalising a memorandum of understanding to make the agreement formal,” AfriForum Chief Executive Kallie Kriel said.
“King Goodwill Zwelithini controls 2.8 million hectares, a fragmented sub-tropical area the size of Belgium, under an entity called the Ingonyama Trust.
“We have numerous members that have successful farms in the vicinity of the trust.
“The idea is to get a formula where there can be cooperation between our members and people living on the trust land to stimulate agricultural development,” Kriel said.
Report says much of the farming in those areas is focused on sugar, cattle, game and high-value fruit such as avocados.
AfriForum is generally seen as a right-wing, nationalist group that has lobbied for support for “white rights” in the U.S.
The eNCA news channel’s website quoted
the king as saying: “I’m asking AfriForum to come and help us. They are
willing to work with me and my father’s people to uplift agriculture in
our land.”
The monarch, who wields influence over
millions of rural voters, reiterated his warnings to the ANC not to
include his territory in its land reform drive.
“Anyone who wants to be elected by us must come and kneel here and commit that I will never touch your land,” he emphasised.
The king said over the weekend that he
wanted President Cyril Ramaphosa to sign an agreement backing a pledge
earlier this year not to expropriate trust land or change property
relationships there.
Other traditional leaders have also told
the ANC not to undermine their authority on the 13 per cent of South
African territory they rule.
Much of it straddles rich deposits of platinum and other minerals.
Such leaders see themselves as the
custodians of culture and traditions, however, critics say some have
enriched themselves through their control of access to resources.
The ANC’s main target is white-owned
property, while most private South African land remains in white hands,
making it a potent symbol of wider economic disparities.

﻿No plan by Ghana to confiscate of Nigerians’ money