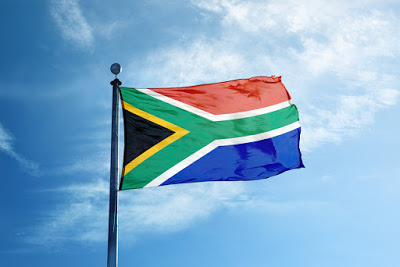 A damning international agency rating has
identified embattled state owned enterprises as South Africa’s biggest
and most dangerous economic stumbling blocks.
Moody which points to Eskom’s major
failings as a cause for national concern said that state owned
enterprises all performing dismally
Speaking at the Investor Service’s
conference, the agency’s senior credit officer for infrastructure
finance, Helen Francis, outlined the dire position most of the
enterprises find themselves in.
The massive financial drain perpetuated
by failing SOE’s has been well documented. Eskom, in particular, has
reported over R19 in irregular expenditure and continues to rely on
government bailouts to stay afloat.
Worrying, Eskom is undoubtedly the largest and most vital SOE – supplying 90% of South Africa with electricity.
Yet, the embattled national power
supplier just can’t seem to get back on its feet, following Gupta
interference involving former company boss, Brian Molefe.

Recently, the company issued an ominous
statement, bemoaning the fact that its coal reserves were dwindling as a
result of dodgy tenders.
Looking across the entire SOE spectrum
paints a dismal picture. It’s not just Eskom that is dying, and in that
way draining the already unsteady economy of vital funds.

Transnet, South African Airways (SAA),
the South African Broadcasting Corporation, and many more national
companies are failing to make ends meet.
Speaking to Fin24, Futuregrowth Asset
Management’s, Olga Constantatos, said that turning the situation around
would not be easy and that much more needs to be done.
Constantatos commented on the disease of corruption and gross mismanagement which afflicts both Eskom and Transnet, saying:
“Much more needs to happen. The latest
results at Transnet and Eskom point to the circumventing of controls –
with Eskom’s R20 billion in irregular expenditure and Transnet’s R8bn.

We need to see prosecutions. We need to see arrests of people who were stealing money essentially from you and me.”
Constantatos added that there needs to be
stiffer repercussion for SOE’s which flout due process, and as such,
essentially, steal from the taxpayer.
“As bond investors, we are custodians of
the nation’s pension funds. We should not be allocating capital to
institutions where there is malfeasance, or lend blindly to companies
that are not responsible.”