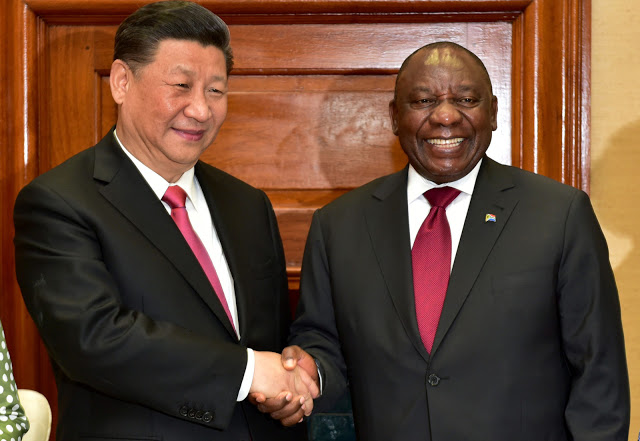 President Cyril Ramaphosa and President
Xi Jinping of the People’s Republic of China having a bilateral meeting
during his State Visit to South Africa, at the Union Buildings in
Pretoria on July 24 2018. Photo: Kopano Tlape GCIS
Less

In addition to $14.7-billion in
investments promised by China, the cash-strapped state-owned enterprises
which had dodgy links to the Guptas, Eskom and Transnet, will receive
major new Chinese loans worth a combined R37.7-billion.