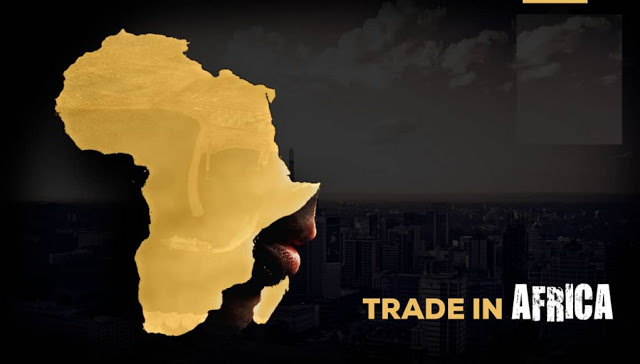 Africa has a global comparative advantage in agriculture, being
home to more than half the world’s agriculturally suitable and highly unused
land, resources and its vast water resources have hardly been tapped.  60%
of the world’s uncultivated land is in Africa, while the continent is only
responsible for 10% of the world’s agricultural produce.
Agriculture as an untapped investment opportunity is set to be a major growth
driver over the next few years, surpassing mining and metals.  Southeast
Asia has become competitive and expensive for doing agribusiness; it’s time for
Africa to take advantage of this opportunity.
According to the 2015/2016 RMB report, governments are
underinvesting in the agricultural sector, especially in terms of the shift
from subsistence farming to agro-processing.
Countries exploring the advantages of agro-processing include
Uganda.  The majority of Uganda’s agricultural products such as tobacco,
fish, and coffee are exported in their raw form.  Also exploring the
untapped agriculture sector is Ethiopia which is known to have some of the most
arable land in the world.  Ethiopia spends more than 25% of its budget on
agriculture.  As the backbone of Ethiopia’s economy, the sector represents
around 50% if GDP and over 85% of export revenues and employment opportunities.
The production of sugar has rendered many African countries
economic growth.  Sudan is currently reported the biggest sugar producer
in Africa, being 25th in the world, followed by Ethiopia (27th), Kenya (33rd) Uganda (43rd) and Tanzania (45th).
Economic development is inherently linked to technological
innovation.  And technology has made a distinct impact on the agricultural
sector, particularly the growing subscription and connectivity through mobile
phones.   These provide real-time market prices of crops, instant
weather information, and easy to access micro-insurance and financing, helping
small-scale farmers increase their yields and skills.
At the forefront of this innovation is Kenya, in its outstanding
pioneering in mobile technology in Africa.  An examples of innovation in
agriculture is M-Farm, a web platform that provides 14 000 registered
farmers the opportunity to buy and sell their crops, seeds, fertilizers and such
inputs together.  Farmers earn more for their crops and bulk buyers and
sellers save in the reduced number of farms visited.
Power

Reliable and affordable energy lies at the forefront of Africa’s
pursuits, to elevate economic growth and sustain the needs of an increased
urbanised population.  Many African nations struggle with high costs, low
capacity and constant power outages.
According to RMB 2015/2016 report, Over 55% of Nigerians do not
have access to grid electricity, using costly back-up generators. Roughly 80%
of the East Africa region is without electricity.  As of 2013, after is
establishment of the Rural Electrification Authority in 2006, 90% of Kenya’s
public facilities have electricity, however household access is at a low.
Almost 90% of Liberia’s population has no access to reliable
electricity.  However, this represents an opportunity for Liberia’s
advancement in hydro-electricity.  Liberia has an advantage of six major
rivers; Saint John, Saint Paul, Mano, Lofa, Cavalla and Cestos River.  The
rivers drain over 60% of the country’s water presenting an opportunity for
investing in hydro-electricity.
Beyond this, there is need for a diversification in investments
of power sources, as the overreliance on hydro energy draws vulnerabilities in
their economies and result in hydrological conditions such as the droughts.
Although the level of investment funding required to adequately
electrify the continent outweighs the capacity of government initiatives, the
economic cost to remain with inadequate structures retards economic growth and
its objectives.
The opportunities in Africa’s geothermal explorations are
abundant, and estimated at 7 to 15 GW.  Though abundant, solar power is
untapped and underused accordingly.
Africa’s gaps in convention energy structures provide
opportunity for low-carbon solutions, especially since it holds more than half
of the world’s renewable energy potential.
Infrastructure

Mauritius, the Seychelles, Namibia, South Africa and Morocco,
reportedly boast the best quality of physical infrastructure in the
continent.  On the other end, Libya, Angola and Guinea are reportedly
reflecting poorly in infrastructure.  The lacking in infrastructural
development is a problem that surpasses geographical boundaries and impacts the
continent as whole.
Although Africa’s infrastructure outpaced Asia in power
generation capacity and landline telephone density in the 1990s, investment
into infrastructure is said to have stagnated over the last 10 years, according
to the report.
Egypt has taken on extensive infrastructural reforms, the
government’s enactment of key reforms and renewed focus on infrastructure,
aligned with the country’s favourable demographic profile appealed to companies
involved in real estate, hospitality and construction (RHC).
According to RMB rankings, Egypt ranked 7th with a score of 5.6
in the 2015/2016 rankings of the most attractive investment destination in
Africa, particularly when taking regionalisation into account.
The ICA (Infrastructure Consortium for Africa) presented a number
of large infrastructural projects across the continent, such as the North-South
Power Transmission Corridor project under the energy sector, to establish an
8, 000km line from Egypt through Sudan, South Sudan, Ethiopia, Kenya,
Malawi, Mozambique, Zambia, and Zimbabwe to South Africa.
Retail

Retail is a fast growing sector in the continent, experiencing
exceedingly impressive growth rates, and contributing to the income
distribution expanding Africa.
With every country there are differences in consumer-consumption
environments; industry leaders must understand their target countries, in their
growth rates, total population, urbanisation growth and their consumer power,
in a highly fragmented sector.
When taking into consideration the consumer behaviour favourable
to retail investing, Nigeria, Ethiopia, and the DRC have the most favourable
consumption spending growth, however mainly stemming from their large
population rates.
Urbanisation growth rate predictions by RMB Global Markets
2015/2016, place Burundi first, followed by Uganda, Niger, Burkina Faso, and
Malawi.
Studies by auditing firms KPMG and Deloitte highlight countries
known for strong retail markets in Africa, and their main characteristics to
consider when investing in the retail market:
·
Algeria; due to the
country’s high wealth per person, high urbanisation growth rate and the
concentrated wealth in urban regions.
·
Ghana; due to the
accommodating business environment, and popularity of shopping centres.
·
Kenya; due to the
country’s strong population growth, growth in middle class, educator labour
force, and the dynamic private sector.
·
Morocco; due to country’s
rise in urbanisation, the favourable age structure and the growing middle
class.
·
Nigeria; due to the large
market size of the country, urbanisation, the growth rate, the privatisation of
the power sector and the youthful population.
Culled from Africa.com