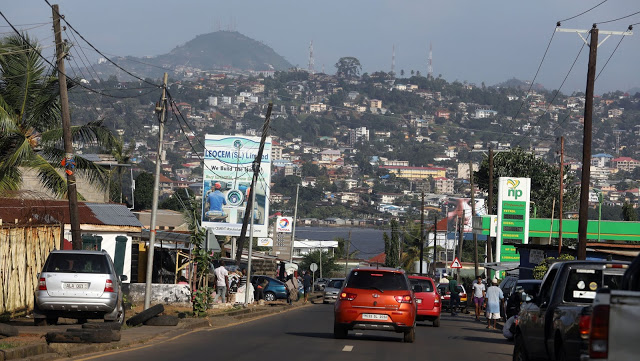 For
years, particularly over the last decade, African countries have championed the
idea of solving the continent’s myriad of problems with innovation and
innovative thinkers. Many governments have done this through the traditional
approach of recruiting scientists and academics within government departments
of “science and
technology” or “ICT & innovation”.
While
those approaches have had some successes depending on the country, few have
walked the walk and tried to put innovation and innovative philosophy front and
center of their government. One such government has been Rwanda which hosted this year’s Next Einstein Forum of scientists and
mathematicians and launched an innovation fund of $100 million, with 30% of funding coming from the African
Development Bank.
But
Sierra Leone is taking it one step further by appointing its first chief innovation officer to
head the Directorate of Science, Technology, and Innovation which has been
newly created by the recently elected president
Julius Maada Bio, 54.
What
makes Moinina David Sengeh’s appointment markedly different is that he will be
operating within the Office of the President, unlike like
the others on the continent, which are locked into the traditional governance
structure and slow-moving bureaucracy of government ministries. “The
directorate will facilitate and support a vibrant national innovation and
entrepreneurial ecosystem for both public and private sectors,” says a statement from the president’s office.
It’s
perhaps the most ambitious attempt by one of the continent’s beleaguered
nations to jumpstart its economy by elevating the role of innovation in its day
to day dealings.
Sengeh,
31, studied at Harvard and MIT for his PhD where his thesis was about improving
prosthetic comfort  for amputees, a
beneficial area of study as a citizen of a country where years of war left
about 27,000 people disabled. At the time of his
appointment, he was working with IBM Research Lab in Nairobi focusing on “the design and deployment of healthcare technologies in
Africa.
He has
also been involved with Innovate Salone, a social action project to
nurture creativity and an entrepreneurial spirit among Sierra Leonean youths.
Sierra
Leone is one of the world’s poorest countries, ranking 179th on the
UN’s Human Development Index. The Ebola outbreak of 2014 and 2016 set back the
marginal progress that had been made after the war and his expertise will be
handy as the country rebuilds especially its health system. So, while this will
not transform Sierra Leone into an innovation fortress overnight, it is a
crucial step forward which should be emulated by others.