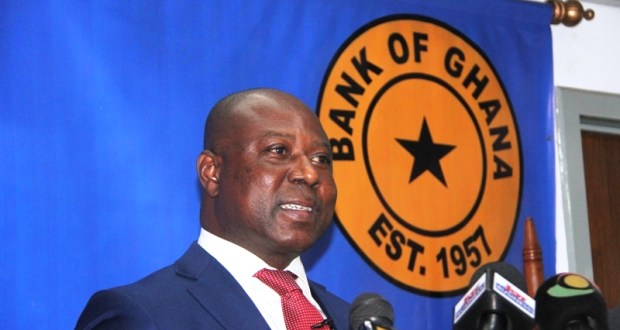 By Martins
Martins
Mr Ernest Addison, governor, Ghana’s central
bank says on Monday that the bank has slashed its benchmark interest rate by
100 basis points to 17 per cent.
He
dropped the hint while speaking to newsmen in Accra.
Addsion
said the cut hinged on the country’s need to meet its medium-term inflation target
as the economy stabilized.
The
country is in its final lap of a $918 million credit deal with the
International Monetary Fund (IMF) to narrow its deficit.

The
apex bank which had lowered the rate by 850 basis points over the past year
said the development would also reduce debt and inflation figures.