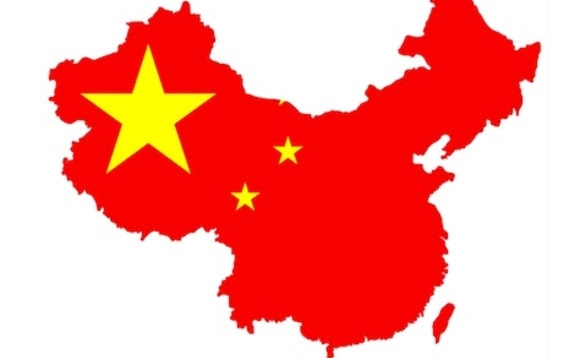 China has adopted eight new initiatives covering vast areas for investment in Africa.
The initiatives would ensure
implementations of the plans adopted in 2015 in Johannesburg, South
Africa at the first Forum on China-Africa Cooperation (FOCAC) meeting.
Chinese Ambassador to Liberia, Fu Jijun,
said in a keynote at a reception to mark the 69th Anniversary of the founding of the People’s Republic of China (PRC.).
He said the eight areas covered under the
new initiative include peace and security, science, education, culture,
health, poverty reduction, and people-to-people interactions between
China and Africa.
He named other areas as industrial
promotion, support to food security, provide emergency humanitarian food
assistance to African countries, and train more African young
researchers in agro-science and entrepreneurship in agro-business.
Another component of the new initiatives
involves infrastructural connectivity, which Fu said will jointly
formulate a China-Africa infrastructure cooperation plan with the
African Union, support Chinese companies in participating
in Africa’s infrastructure development through investment-construction
cooperation, and support Africa in developing the Single African Air
Transport Market.
Additionally, trade facilitation
initiative, which will increase China’s imports from Africa,
particularly non-resource products, and support to building African
Continental Free Trade were adopted at the summit.
There are also plans for “Green
development” initiative which will expand China’s exchanges and
cooperation with Africa on climate change, ocean, and wildlife
protection, strengthen Africa’s human capacity for environmental
management,
pollution prevention and control, and green development.
The Chinese Government also announced the
provision of 50,000 government scholarships; 50,000 training
opportunities; healthcare initiatives that will strengthen cooperation
in the prevention and control of emerging and re-emerging
communicable diseases such as HIV/AIDS and malaria; train more medical
specialists for Africa; and continue to send Chinese medical teams that
better meet Africa’s needs.
The Beijing adoption will also cover
people-to-people exchange initiatives, which will establish an institute
of African studies to enhance exchanges between China and Africa on
civilization, including a China-Africa media cooperation
network to be established.
Peace and security initiative which will
boost China-Africa cooperation on peace, security, peacekeeping and law
and order was also adopted.
Amb. Fu said that there is synergy
between the goals of the eight initiatives at the FOCAC Summit and the
Liberian Government’s Pro-poor Agenda, as far as activities to be
covered are concerned.
“With similar fate in the past and a
common mission, China and Liberia have extended sympathy to and helped
each other in the past, and I strongly believe that, with the
implementations of the eight new initiatives, China and
Liberia will embark on a stronger path of win-win cooperation,” Amb. Fu
said.
President George Weah in a congratulatory
message to the Chinese Government and people, expressed his delight in
meeting with President Xi Jinping for the first time at the summit, and
admitted his admiration for the tremendous
development he saw in China.
There at the summit, the Chinese and
Liberian governments, entered a mineral swap agreement still
inexplicable to the Liberian people, to allow the Chinese mine whatever
mineral here in return for road building.
Weah said in addition to his expression
of support for the One China Policy, he and his officials also expressed
their desires for further joint collaboration under the Chinese
Government’s “Belt and Road” initiatives.
The PRC is the world’s second largest economy, and most populous country on the Asian Continent.
According to Amb. Fu, China is speedily
progressing in economic activities and human development, not because of
plenty of resources, but for the fact that the country has learned to
find a suitable development path, and to continuously
reform and innovate its political and economic system.
The current population of China as of September 19, 2018, stands at 1,416, 244,513, according to United Nations estimates.
In a country with such a huge population,
it is most of the time challenging to control human behavior and
properly distribute economic resources that will impact the livelihood
of every citizen.
In order to contend with such confronting
situations, Amb. Fu explained, in addition to reforming of the
political and economic system, “Under the strong leadership of the
Communist Party, with the great efforts of the Chinese
people, and close collaboration with the world, China has made
remarkable achievements in the past 69 years and become the world’s
second largest economy.”
According to him, no one who keeps
himself in isolation on a single island will have a future, stressing
that China has never forgotten the help it gets from the world in its
development process, and has been doing its best to
feed back the world.
China’s strong Communist Party, policies,
laws and security have immensely contributed to its success in becoming
the world’s second largest economy, thereby granting it the opportunity
to become the biggest trading partner to
Africa as well as more than 130 countries.
At the Beijing gathering, Chinese
President, Xi Jinping announced investing US$60 billion in the African
economy to cover infrastructures, agro-development and education.
Amb. Fu then expressed gratitude to
President Weah for participating in the summit. He emphasized that
Liberia’s participation has greatly contributed to the success of the
summit.
He said he was appreciative to President
Weah for expressing Liberia’s willingness to embrace an open world
economy, and the multilateral trading system in his speech at the round
table meeting of the heads of state of FOCAC member
countries.

Thorny path to peace: Case of one post-conflict effort