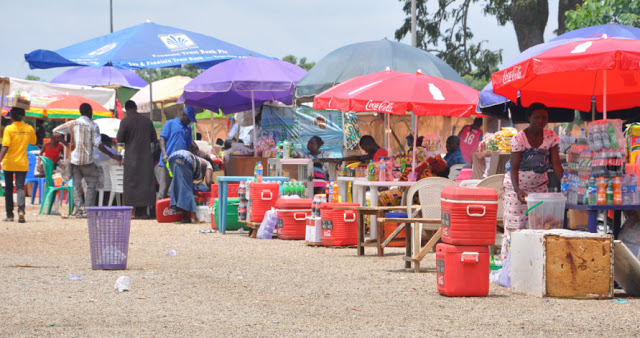 Some restaurant operators and food vendors in the FCT  have decried low patronage amid scare of possible attack by hoodlums due to the recent #EndSARS” protests.

According to operators in Abuja, attacks by hoodlums who hijacked the peaceful protests in have created panic that made residents, especially their customers not to patronise them.

They also attributed the low patronage to the unwillingness of people to leave their homes because of possible attack by the hoodlums.

Mrs Ifeoma Marcus, who operates a restaurant at the Old Federal Secretariat in Area One, lamented that daily turn-over had been drastically reduced since the protest began.

“Customers hardly come to buy food; so I had to go home with the remaining food for the past three days now.

“I stay at Karu and before I could get here, it is almost midday because of the gridlock caused by the protest.

“Even if you bring the food, you will still go home with it because people are afraid to come out.”

Mrs Felicia Bode, a food vendor at the popular Cook Village beside the Eagle’s Square said: “Since this protest started, our daily sales have been greatly affected.

“This last Friday became the worst because there was  rumour of attacks by hoodlums after the Friday prayers, and that made many civil servants to leave the Federal Secretariat very early.

“We have to come back home with our foods, and am afraid if the same thing will happen this week.

“The protesters have stopped, but there are still reports of attacks on innocent people across the FCT, and I want government to do something about it urgently.”

Some food vendors along Abuja-Keffi road said that their shops were invaded and their wares carted away by thugs popularly known as ‘Area boys’.

They said there was a report of fracas between hoodlums and some EndSARS protesters around the popular `Mararaba Junction’, a suburb of the FCT and passers-by were being attacked by the hoodlums.

Mrs Ene Oguche, who sells roasted chicken at Ado junction of the Abuja-Keffi road, said: “We heard that Mararaba was boiling, that people were being attacked, so all of us selling here had to run for our dear lives.

“Before we came back, they have stolen everything I was selling, including that of my neighbours.

“Many people had different degree of accidents because of the panic caused by the report of fighting going on at Mararaba.”

Ms Vivia Agu, who sells female hair attachments along the road said her goods were also stolen amidst the confusion that trailed the news of the attack going on in the area.

Agu lamented that “many miscreants have taken advantage of this EndSARS protest to be spreading fake news of attack.’’

“We all ran for our lives and many people were injured; only to find out that there was no attack at all in our area.”