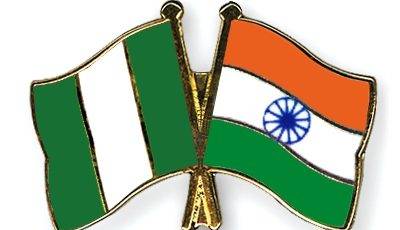 As the trade volume between Nigeria and India hits $14 billion, the Asia giant has expressed readiness to deepen economic ties with the West African country towards promoting investment and trade between both countries.

Amb. Abhay Thakur,  High Commissioner of India to Nigeria, said  this during a courtesy visit to Gov. Abdullahi Ganduje on Friday in Kano.

Thakur noted that India and Nigeria had long-standing relations based on mutual respect that predates the independence of the two countries.

“Our bilateral trade volume reaches $14 billion in 2020 and we export various goods ranging from machinery and agriculture products to the tune of  $3.5 billion to Nigeria,” he said.

Thakur called for greater bilateral trade co-operation between Nigeria and India as a way of fostering the existing friendly trade and economic relations between the two countries which dated back to 1960.

In his response, Ganduje said that relations between the countries have been warm and cordial; and have witnessed growth and transformation.

The governor called for effective collaboration between India and Kano on energy, health care and film industry.

He said that Indian farm implements have helped to boost rice production in Nigeria.

Ganduje said that Indian companies are doing very well in the state including an hydro power project and the Indian rice mill in Kano which he said is the biggest in West Africa.

He said that the state government has sponsored hundreds of students to study in India.