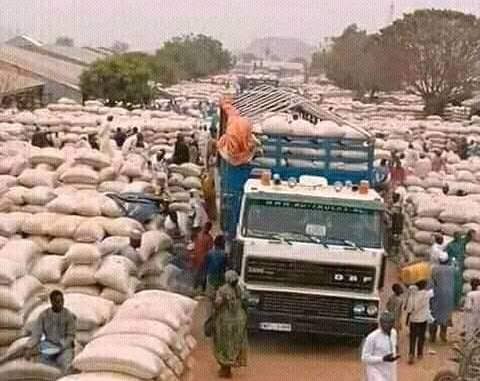 Sen. Abdullahi Adamu has asked the Federal Government to ignore concerns in some quarters that the border closure was impacting negatively on the economy.

Adamu, who is the Chairman Senate Committee on Agriculture, said in Abuja that the cries were being sponsored by smugglers who were hard hit by the policy.

According to him, there is no doubt that adjusting to a new lifestyle of patronising made in Nigeria products will result in temporary inconveniences, but to say the policy is not beneficial is not true.

“The hews and cries we hear are sponsored in the sense that for whatever reason those who are suffering as a result of closure are those who are into the business of smuggling into this country.

“If will allow our borders to continue to be porous and we continue to listen to the cries of people who are shedding crocodile tears about the border closure, then we will not be able to protect our own.

“We will not be able to ensure that we develop policies deliberately to protect the interest of people that we are to protect.

“So, yes people are doing businesses with the borders opened but what they are doing is at the expense of the growth of Nigeria’s business.

“Quite a number of what is imported through these neighbours of ours are things that challenge our own ability or plans to produce. We have allowed our borders for so long to be a conduit for brining into the country what Nigerians are producing.

“And so in the market, their produce is cheaper than our own. The challenge we have is whether we should continue to leave our borders so porous for them to be doing brisk business at the expense of the Nigerian producers, or we contain their excesses so as to give the Nigerian business community the opportunity to brace up,’’ he said.

He further said, “Yes there is artificial increase in the prices of essential food stuff just to undermine the effort of government to say people are now suffering. Christmas is at the corner and the prices of food stuff have increased and all of that but these are all artificial.

“They are all stage managed to frighten government to say this policy is not popular, we must change it. I think they have the wrong person in their mind. President Muhammadu Buhari is very strong hearted.”

According to the lawmaker, one major impact of the border closure is changing of Nigerians’ preference for foreign goods.

“The frozen chickens they import are not healthy for consumption. The rice they import, who knows how long they have been stored.

“They just bring it and because it is foreign and we have got the mentality, the appetite of consuming imported produce they put us in the state of mind unfortunately that is making it difficult for people to change,” he said.

Adamu declared total support for government on the development, pointing out that it was one of the occasions that the Federal Government stood up to protect the interest of Nigerians.

On concerns that the development was affecting the cordial relationship Nigeria enjoyed with neighbouring countries over the years, Adamu said, while Nigerians believed in good neighbourliness, the primary responsibility of government was preservation of lives of Nigerians and protection of their property.

He said, while the borders may not remain closed forever, some lessons had been learnt.

﻿N43tn e-payments made in Nigeria