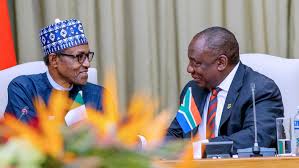 Mr Hulisani Makhuvha of the Development Bank of Southern Africa (DBSA) has said that the bank would collaborate with the Nigerian Government to build road infrastructure in the country.

He said in Abuja on the sideline of a conference of Nigeria-South Africa Intergraded Road Transport Infrastructure Initiative.

The event was to launch a road infrastructure programme for the West African region and ultimately integrate the African continent.

The event is a collaborative initiative between the DBSA and Infrastructure Concession Regulatory Commission (ICRC) on how to fashion a transport and logistics infrastructure agenda for West African region.

DBSA, established to accelerate sustainable socio-economic development and improve the quality of life of the people in South Africa, is a development finance institution wholly owned by the South African Government.

Makhuvha noted that because Nigeria and South Africa were the biggest economies on the Africa continent, there was need for both countries to increase their collaboration and work together to build road network on the continent.

“We are going to look at possible ways of collaborating within the Public Private Partnership (PPP) space, working with ICRC and the Nigerian government.

“We will look at opportunities and how we can collaborate with the Nigerian government; our mandate is driven primarily by how much is required to build roads basically.

“So we cannot say upfront that we are coming with investment, we need to first understand and access what projects are out there in the country and how we can participate,“ he said.

Makhuvha added that this would however be guided as the bank continued with the engagements on the way forward.

Earlier, Mr Chidi Izuwah, Managing Director ICRC, said the importance of a good road network in the development of ever economy could not be underscored.

Izuwah said road does not only connect and integrates, but facilitates supply chains and enhances a nations competiveness index.

“Road has a transformational effect primary to technology or any other contemporary development programme.

He expressed optimism that participants which were drawn from some African countries would learn from history, not just case studies of success stories but challenged successes.

This, Izuwah added would teach participants how not to structure bad projects, saying that ICRC had made some significant contributions to the delivery of PPP in the country.

He further added that the event and others to come were indicative of ICRC`s drive to collaborate with the rest of Africa to make PPP delivery an integrative process.

He told participants that ICRC had hosted a PPP project screening roundtable sponsored by AfreximBank to build first mover project pipeline for their project preparation.

“Am happy to announced to you that ICRC has been appointed by AfreximBank as the clearing house in Nigeria for all prospective federal and sub-national PPP projects that may require project development funding.

“At the same event ICRC has screened 11 PPP projects valued at over $10 billion out of over 30 across federal and sub-national MDAs, “Izuwah said.