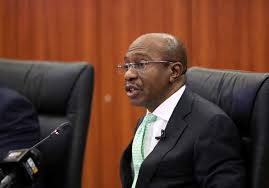 The Monetary Policy Committee (MPC), says it is in support of the Federal Government’s closure of its land borders.

According to the Committee, the upward price increase arising from this closure is reactionary and temporary.

Mr Godwin Emefiele, the Governor of Central Bank of Nigeria (CBN) made this known while reading the communique on the outcome of MPC meeting in Abuja on Tuesday.

Emefiele explained that significant investment had been made in the last three years to sustainably increase domestic food supply.

He said the committee noted some of the key initiatives in this direction to include: the Commodity Development Initiatives, designed to finance the agricultural value chain of 10 commodities namely; Cassava, Cocoa, Cotton, Rice, Tomato, Poultry, Livestock and Dairy, Fish, Oil Palm and Maize.

“It is therefore, expected that the outcome of these interventions will close the supply gaps already envisaged in the medium to long term, including dampening domestic prices.

“It thus, expressed support for the temporal closure of Nigeria’s land borders, noting that securing the country’s land borders should be further enhanced,” he said.

Fielding questions from newsmen, Emefiele advised the government to sustain the border closure for the growth and improvement of the country’s economy.