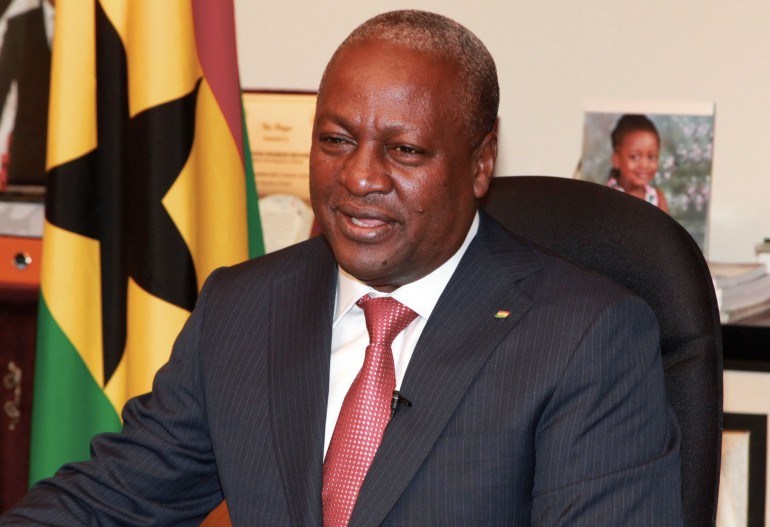 Former Ghanian President, John Mahama, has called on West African countries to reposition their economies toward providing more employment opportunities for their people.

He spoke on ‘Beyond Politics: An Economic Narrative for West Africa’ at the 7th Anniversary Lecture, Investiture into The Realnews Magazine Hall of Fame and the Unveiling of the Book ‘Pathways to Political and Economic Development of Africa’ in Lagos.

The former president said the population growth in the developed world had slowed to an extent where in some parts, the rate of child birth was below the human replacement level in maintaining the size of their population.

“Africa’s population currently stands at about 1.1 billion people. At current rates, it could soar to four billion people by the end of the century, 2100.

“Nigeria alone will have approximately 400 million people and become the third most populous country after China and India, ” Mahama said.

Africa, according to him, has averagely 4.8 live births per woman, which is still lower than the average of 6.8 in the late 70’s.

The former president said that this demographic dividend presented both a benefit and a risk.

He said it could result in an energetic workforce with greater prosperity, if the next generations lower their fertility rates and have fewer babies.

” The challenge facing Africa at the present rate of population growth is how to find jobs for this teeming population of young people.

“Africa adds almost 12 million young people to the job market every year, and yet is able to produce only about 7 million sustainable jobs.

According to him, African economies must grow and clip along at above 8 per cent Gross Domestic Product  (GDP) growth rate to be able to sustain its rate of population growth.

He said in doing this, countries must change their existing economic models and paradigms.

The former president said Africa, with its urbanising population, must look more to developing its service and digital economies faster.

Mahama said this sector of the economy, if nurtured, was prone to fast growth and could provide employment for millions of young Africans coming out of school.

” In my country Ghana, as in Nigeria and other African countries, the services sector has overtaken agriculture as the largest and fastest growing sector of the economy.

“African countries must create the right environment for these to grow through tax incentives, reduced regulation and red tape.

” We must change our model of being producers of raw commodities.

“Africa’s gold must reach the rest of the world as valuable jewellery, her oil must arrive as petroleum products, her timber as furniture, her cocoa as chocolates, bauxite as aluminum and copper as semi-conductor parts,” the former president said.

According to him, value addition and processing will provide more wealth for African economies and millions of jobs to its young people.

Mahama stated that to achieve this, Africa must invest in making power more available for domestic, industrial and agricultural use.

“Nigeria must as a priority aggressively pursue a gas-to-power policy and stop the flaring of almost 300 billion standard cubic feet of gas per annum, representing a loss of almost 700 million dollars a year.

“Africa must support the Inga dam and other potential hydro power projects, which could bring about an additional 40,000 MW of power to South, East, West and Central African economies,” he said.