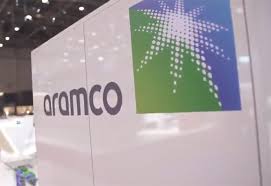 Saudi Aramco is worth up to $1.7 trillion at the price range set by the oil giant on Sunday.

The offer is below the $2 trillion sought by Saudi’s crown prince but putting it in the running to become the world’s biggest IPO.

Saudi men check the prospectus of Aramco IPO, in Riyadh, Saudi Arabia, November 17, 2019. REUTERS/Ahmed Yosri Aramco cannot sell its shares directly to investors in the United States and other markets, as the initial public offering (IPO) will be restricted to Saudis and those foreign institutions permitted to invest in the kingdom’s stock market.

The oil giant said it plans to sell 1.5% of the company, or about 3 billion shares, at an indicative price range of 30 riyals to 32 riyals, valuing the IPO at as much as 96 billion riyals ($25.6 billion) and giving the company a potential market value of between $1.6 trillion and $1.7 trillion.

Aramco’s IPO size could be bigger if there is enough demand for it to use a 15% “greenshoe” over-allotment option.

“We are planning to subscribe to the IPO in two funds that we manage,” said Zachary Cefaratti, chief executive officer of Dubai-based Dalma Capital Management Ltd, adding that the preliminary valuation was “in line with our expectations”.

Aramco kicked off its IPO on Nov. 3 after a series of false starts. Crown Prince Mohammed bin Salman, who floated the idea nearly four years ago, is seeking to raise billions of dollars to invest in non-oil industries, create employment and diversify the world’s top crude exporter away from oil.

SADC most integrated in Africa’s trade

Merkel off to Algeria as scramble for Africa continues