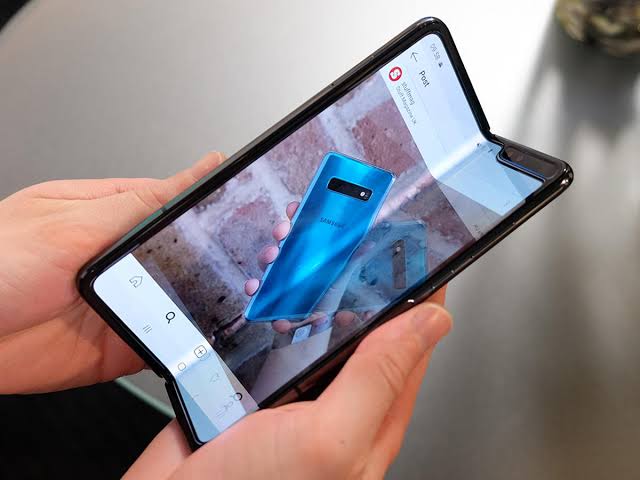 The highly anticipated Galaxy Fold, a new foldable device creating a new mobile category, is clearly a hit with Nigerians.

The first batch released has already been sold out with pre-order sales, Samsung Nigeria said in Lagos.

It said that it was currently working on increasing stock levels to keep up with demand.

Even after a delayed-release, there was clearly an appetite for this pioneering device, Samsung said.

It said that the next batch of the world’s first AMOLED Infinity Flex Display would be available in the Nigerian market from Nov. 29.

Galaxy Fold features the world’s first 7.3-inch Infinity Flex Display, which folds into a compact device with a cover display.

It said that the device offered a powerful new way to multitask, watch videos, play games, and more – bringing to life new experiences and possibilities years in the making.

“Samsung is proud to introduce a premium foldable device, that goes beyond the limitations of a traditional smartphone,’’ said David Suh, Managing Director at Samsung Electronics West Africa in a statement.

“The pre-order sales are indicative of the public’s affinity for technology that transcends the norm.’’

He added that Galaxy Fold is in a category of its own that delivers a new kind of mobile experience allowing users to do things they couldn’t do with an ordinary smartphone.

He noted that Galaxy Fold brought together material, engineering and display innovations, developed over eight years following the debut of Samsung’s first flexible display prototype in 2011.