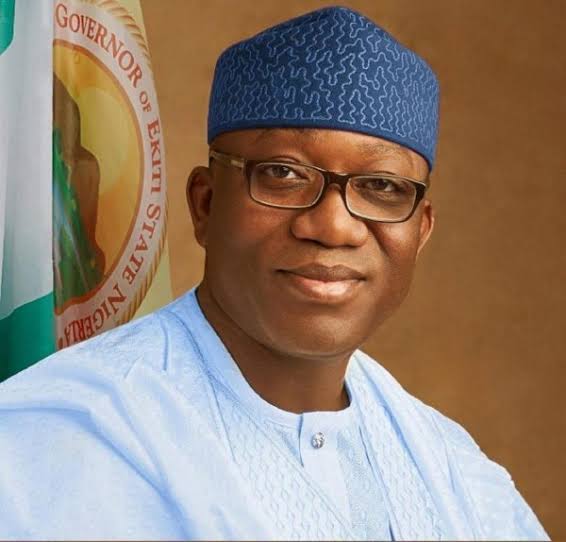 Governor Kayode Fayemi of Ekiti State and former minister  of mines and mineral development, has called for increased budgetary allocation to the solid mineral sector to promote growth.

Fayemi made the call in Ado-Ekiti at the 3rd National Council of Mining and Mineral Resources Development (NCMMRD) conference with theme, “Nigeria Minerals and Metal Sector: Spectrum for Investment Opportunities for Economic Growth and Development.

Fayemi said that increasing funding to the sector would attract more investors to the industry.

The governor also urged the council to come up with ways of engaging mining stakeholders to ensure they contributed their quota toward growth of the sector.

He said that there was the need to continue to advocate the diversification of the economy through the development of mining sector.

Fayemi, the immediate past Minister of Ministry of Mines and Steel Development said that there were economic opportunities that abound in the sector.

The governor, who is also the Chairman of the Nigeria Governors Forum (NGF), said the country’s mining sector enjoyed the good will of development partners.

This, he said, resulted in the approval of 150 million dollars for mining diversification programme through the Mineral Sector Support for Economic Diversification office.

According to him, the office is actively contributing to the growth of the sector, just as it is receiving lots of support from the Federal Government.

“Domestically, mining is receiving a lot of attention from the current government, apart from allocation of resources, special funds are also available to the sector,” he said.

He however, expressed concern that the 2.5 billion dollars Solid Mineral Development Funds released to aid mining activities in the country was still lying in the Bank of Industry (BOI).

“That only N95 million have so far been accessed from the money is something that should worry all of us.

“Because when we placed that fund there with a matching fund from BOI of another 2.5 million dollars, our hope and expectation was that players in the sector will quickly access the funds and justify additional resources to be raised,” he said.

This, he noted, was the case in the agriculture sector where funds were consistently raised particularly from development finance institutions.

Fayemi also called for a cordial relationship between the Federal and State Governments to ensure effective development of the sector.

“It is imperative that we continue to build bridges of understanding in federal and state relationships to maximise the benefits accruing from mineral resources development in our communities,” he said.

He expressed optimism that the outcome of the conference would receive the support of all stakeholders.

He noted that efforts in the mining sector had brought about critical leverage as mineral resources and environmental management committees had been resuscitated in more than 30 states of the federation, including Ekiti State.

Fayemi added that there was however, the need for stakeholders to guide against unsafe mining practices and to support artisanal miners to better organise themselves.

This, Fayemi added was critical in order to reduce incidence were individuals exploit state resources at the detriment of the socio economic development of the country.

He noted that Nigeria had committed itself to the African Mining Vision and must move from its old enclave nature by creating the necessary infrastructure, including rail network for effective mining.

He tasked the council to devise strategies and policies that would ensure that the sector contributed significantly to the country’s Gross Domestic Product (GDP).