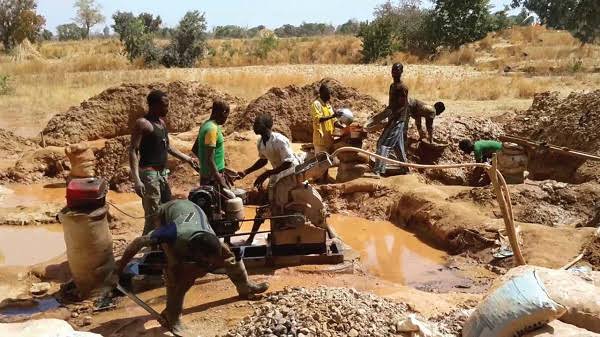 No fewer than 1,759 artisanal and small scale mining sites have so far been identified in Nigeria, Mr Olamilekan Adegbite, the Minister of Mines and Steel Development, has reported.

He said this in Ado-Ekiti at the closing of the 3rd National Council on Mining and Mineral Resources Development (NCMMRD) conference which had as its theme, “Nigeria Minerals and Metal Sector: Spectrum for Investment Opportunities for Economic Growth and Development”.

The minister said that in the area of poverty eradication, the ministry had engaged other major stakeholders to ensure the formalisation of artisanal miners into cooperative groups for easy management and access to financial support and commodity market.

“In this regards, a total of 1,759 artisanal miners and small scale mining sites have so far been identified across the country.

“With consistent intervention by the Federal Government through the Ministry of Mines and Steel Development, 1,346 artisanal mining operators have been drawn into forming registered artisanal mining cooperatives,” he said.

This, the minister said, was to ensure that they accessed small scale mining licenses, adding that each of the 1,346 mining cooperatives comprised over ten members with additional 20 mines workers for each cooperatives.

He said that some of the artisanal operators had however, scaled up their operations and transformed into small-scale mining firms and were operating within valid mineral titles.

The minister said 1that to ensure that artisanal miners had access to market through the formal economic system, government had initiated the establishment of Private Mineral Buying Centres.

According to him, the ministry has so far issued registration certificates to 253 of such centres in the country.

Adegbite expressed optimism that the resolution taken at the end of the conference would be actualised soon for the development of the country’s mining and sector.

The minister who was impressed with the progress made with the previous resolutions from the council meetings, stressed that with legislative support, the sector would witness remarkable achievements.

Also speaking, Oba Adebanji Alabi, Chairman Ekiti State Council of Obas, and the Alawe of Ilawe, appealed to the Federal Government to continue to create a conducive atmosphere for miners across the country.

He said Ekiti State and the country generally, had abundant mineral resources which had been neglected in most cases.

Adegbite assured that the state traditional council was ready to provide necessary support for prospective investors to succeed in the state.

The traditional ruler, however, added that government should look critically into issues of environmental degradation occasioned by illegal mining in parts of the country.

Shareholders happy over cancellation of recapitalisation of Insurance

﻿Zimbabwe to contract 6.5% this year