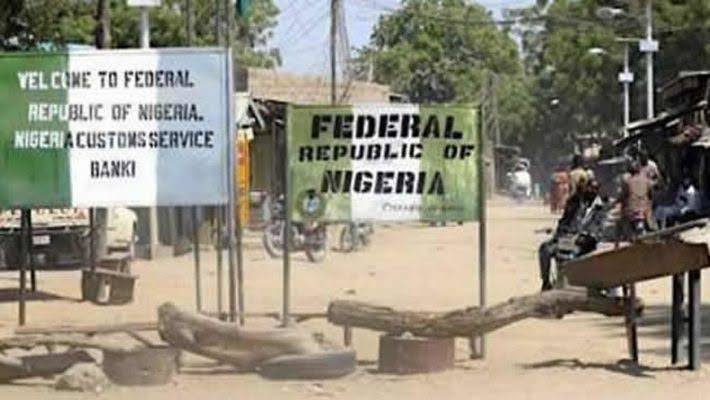 The Strategic Communication Team of the National Security Adviser on Border closure said it has impounded prohibited items worth N2.55 billion and arrested 239 illegal immigrants following the closure of the nation’s borders.

Mr Joseph Attah, the Deputy Comptroller of Nigeria Customs Service (NCS) and Spokesman for the Team,  said this at a sensitisation forum of the team with stakeholders held in Owerri.

The stakeholders are made up of representatives of All Farmers Association of Nigeria (AFAN), National Orientation Agency (NOA) and Fish and Poultry Farmers, aside others.

He said the forum was aimed at sensitising the stakeholders to drive home the Federal Government’s directive on the partial closure of borders, which he said, was based on the current security and economic situations in the country.

He identified the situations to include, but not limited to armed banditry, herder/farmer clashes, insurgency in the North East and kidnappings across the country.

Attah said that the partial closure of Nigeria borders was not targeted at any part of the country nor based on regional, tribal or religious considerations, but to stimulate economic activities in the country.

He wondered why Nigerians still preferred to patronise expired goods and goods without nutritional values to fresh goods produced in the country.

He explained that the borders were closed as a result of the flagrant abuse of established ECOWAS protocols by some neighbouring African countries and to secure, build and stimulate economic activities in the country.

Attah, also the NCS image maker, said the closure of the borders would remain in force until such erring nations began to abide by the ECOWAS protocols.

“Flagrant abuse of established ECOWAS protocols is making the job of the security agents difficult.

“We have raised this issue at various Customs fora with a number of MOUs written and signed to remedy the anomaly, but all to no avail.

“Nigerians are industrious and and business inclined, but regrettably, everything produced here is believed to be inferior compared to foreign products. We find it difficult to support our local framers,” he said.

Attah attributed the unhealthy development partly to international conspiracy against the nation and, which he said, was being engineered by the Western world, thereby inflicting inferiority complex mentality on the citizenry.

“Shoes manufactured in such places as Aba, Onitsha or Sokoto are usually labeled with foreign names and addressed to deceive and attract unsuspecting buyers because the buyers themselves erroneously believe that foreign materials are better than those locally manufactured.

“China closed her borders for more than 30 years, but today it is the bride of every nation, ” he said.

Attah expressed regret that Nigeria, as a nation, had been playing the role of a big brother to many African nations without getting anything in return.

He said that President Muhammadu Buhari was now more and determined to reverse the ugly trend in the interest of the nation’s economy.

“Until such African countries come back to the negotiating table and begin to meet the prescribed ECOWAS guidelines, we will not move an inch,” he said.

“Closure of our borders by the Federal Government was informed by the need to benefit our local producers and to reward them for their hard work.

“The Federal Government, through the office of the National Security Adviser (NSA), the armed forces, the police, operatives of intelligent agencies have been pooled together to arrest this worrisome development,” Attah said.