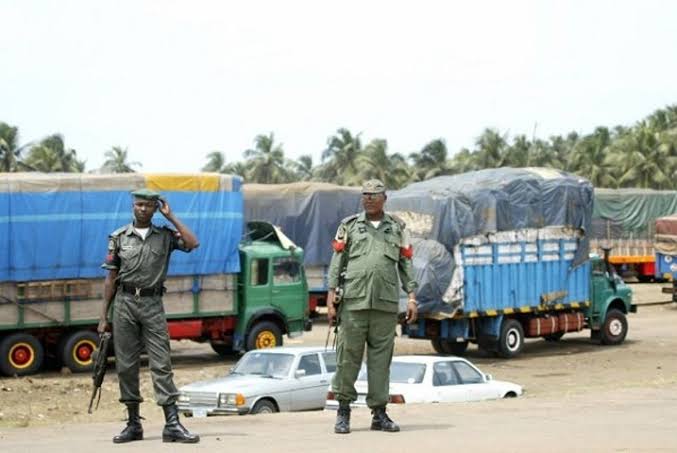 The Lagos Chamber of Commerce and Industry (LCCI) has said the temporary closure of Nigeria’s land borders by the Federal Government was both good and bad for the economy.

Mr Gabriel Idahosa, Vice President and Chairman, Trade Promotion Board, LCCI, said in Lagos that the closure had, however, not affected the participation of West African countries in the ongoing 2019 Lagos International Trade Fair at the Tafawa Balewa Square (TBS), Lagos.

Idahosa said: “The view of LCCI is that the border closure is good and bad.

“Good in the sense that it has forced us to address certain fundamental issues in our economy.

“It has shown clearly from the volume of products we have now that this has been going on.

“On the other hand, it has also shown that our capacities to produce some of our products like rice and fishes are actually there, and if we continue to grow these capacities then, we can become truly self-sufficient.”

“A lot of people coming in for the trade fair have been buying rice here for that amounts and more states are bringing rice.

“So, what the closure has done is to encourage our local producers to invest on increasing their production,” he said.

The LCCI vice president said that with time, the rice farmers would get it right through acquiring equipment that would improve the quality of their products.

“We have to put up with the poor quality for some time, but it is clear from our own members who are rice farmers that they are now energised by this opportunity,’’ he said.

Idahosa said that the closure had also compelled a lot of small and medium scale businesses to formalise and be properly documented by governments from all the affected countries, including Nigeria.

He noted that on the flip side, the border closure had brought temporary suffering and loss of millions of dollars by some businesses within and outside Nigeria.

“People are paying higher for the local products at the moment.

“Also, some distributors of the foreign products are suffering loss of business because they had invested in becoming distributors from those countries.

“Their warehouses are currently empty because they have not got local suppliers to replace their foreign partners.

“The temporary hardship in terms of volume of trade is felt by both sides.

“Some companies in Ghana claimed they have lost up to two million dollars during the short period before the processes were put in place to resume exportation between both countries.

“Similarly, some Nigerian companies exporting to these countries have lost some monies, but gradually, those losses are being mitigated,” Idahosa said.

On the trade fair, he said that LCCI was able to secure special waivers from the Federal Government for exhibitors from Ghana and Benin Republic.

Idahosa said the exhibitors provided documents to show that they were coming for the fair and were allowed to bring their goods in through the land border.