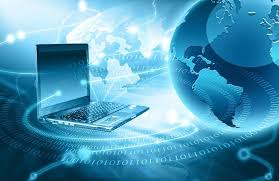 The International Telecommunication Union (ITU) has  said that the  number of people who are online has increased nearly fourfolds to 4.1 billion since 2005.

In a report on Tuesday,  ITU, however,  warned that women’s internet use was falling in several regions.

According to the report, the UN agency published on Tuesday in Geneva that Internet use has expanded to 54 per cent of the global population.

However, 3.6 billion people are still offline, especially in the least developed countries.

“It will require targeted efforts to lower the cost of broadband and innovative policies to finance network rollout to unconnected populations,’’ said Doreen Bogdan-Martin, who leads the ITU’s Telecommunication Development Unit.

The report also warned that the gap between the number of male and female internet users was growing in Africa, Arab countries and the Asia-Pacific region.

The ITU called for measures to increase mobile phone ownership among women and to develop people’s basic digital skills in the least developed countries.

The Speaker of the Lagos State House of Assembly, Mr Mudashiru Obasa, says the closure of Nigeria’s land borders by the Federal Government will help to eradicate poverty in the country.

Obasa made the assertion on Wednesday while speaking to newsmen on the sidelines of the signing of a Memorandum of Understanding between the Lagos State Chambers of Commerce and Industry (LCCI) and the China Shandong Export Commodities (Nigeria).

The MoU was signed at the ongoing 2019 Lagos International Trade Fair taking place at the Tafawa Balewa Square (TBS), Lagos.

Obasa said despite the complaints about the border closure from within and outside the country, the move was a bold initiative by the government to stimulate local production of goods and services.

He said : “The border closure has its pros and cons. Closing the border is an opportunity to encourage local producers to increase their output and make something positive out of the situation.

“When we close our doors to the importation of some goods, it shows that the locally made goods will enjoy patronage.

“By so doing we are increasing the Gross Domestic Product (GDP)of the nation, creating employment for our local people and at the same time, poverty will be eradicated.”

The speaker said the state assembly was aware of the complaints by some business owners about the situation, noting that it was however beyond the control of the Lagos State Government.

He said : “LAHA has always been in the forefront to make life easy and convenient for our people and we will continue to do that.

“Ours is to ensure that we provide the infrastructure facility for our people especially in areas of transportation and the health sector.

“As a parliament, we have always been talking in a positive way that the Executive will listen and address the issues that have to do with the people.”

On the MoU, Obasa expressed optimism that the bilateral cooperation between LCCI and the Shandong Province of China would attract more investments to the state.

“They are here to see the way and manner in which they can promote what they have in their country while we are also opening our doors for would be investors.

“We are very hopeful that this is going to be a success within the next five or six years with the Chinese having a huge number of investments in Lagos.

“By so doing we are talking about creating employment for our people, increase in revenue collections and other positive things,” he added.

Earlier, Ruwase said China was an important trading partner to Nigeria with the total trade between both countries standing at $8.6 billion in the first half of 2019.

He said the agreement would see the province increase its investments in Lagos in various aspects of the economy in a way that would be mutually beneficial to both countries.

“Permit me to say that the Chinese economy has shown resilence and great potential amid the twist and turn of economic globalisation.

” With a population of about 1.4 billion people, China can be described as promoter of globalisation.

“Obviously, Shandong is one of the leading economies among Chinese provinces with a rich history and culture,” Ruwase said.

On his part, Zhifang noted that Nigeria was integral to China’s trade in Africa, adding that this was demonstrated by the impressive number of Chinese companies participating in the fair.