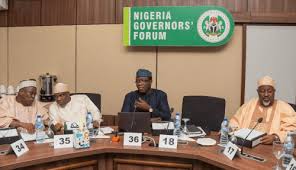 State governors are not satisfied with the revised N162 million monthly repayment for the Federal Government’s budget support facility, the Minister of Finance, Hajia Zainab Ahmed, has reported.

She said that the ministry  reported to NEC on the status of the National Budget Support Loan Facility to States.

The finance minister said the stakeholders would meet again with a view to further reviewing the repayment conditions.

“The budget support facility was initially for a repayment period of 20 years; when we made the first deduction in September, the states had complained that the amount deducted from states which was N252 million was too high.

“Since then the Central Bank of Nigeria(CBN), which is the lender had revised the conditions to make the payment longer; so the new repayment  period is 30 years; so this means that states will be paying monthly, N162 million.

“But again today, the states still were not satisfied with the conditions.

“So, we are expecting that the Federal Ministry of Finance, Budget and National Planning will engage the governors again with a view to having the CBN further revised the conditions to reduce the monthly repayment burden.’’

On the threat by the Academic Staff Union of Universities (ASUU) to embark on strike over the presidential directive on migration to Integrated Payroll and Personnel System (IPPIS), she said that the directive was binding on all Federal Government’s staff.

According to her, the president of the Federal Republic of Nigeria directed that every staff of government’s agencies must be on IPPIS.

She said that her job was to comply with the president’s directive.

“So, that is what I do and we are going to do that; so, it is a pity if ASUU carries out this strike because what ASUU is saying now is that they should be treated differently from other staff of the government of Nigeria who are also on IPPIS.

“We will be engaging ASUU; we will be discussing with them; but at the end of the day, as far as I am concerned, my instruction is from the president.’’

Ahmed said that the ministry presented to NEC, the balances of the three special accounts as at Oct. 22.