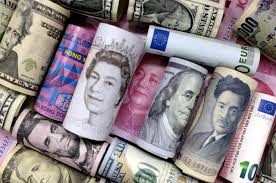 The U.S. dollar will remain the world’s leading reserve currency over the next 25 years, with the euro and renminbi expected to further increase their share of total central bank reserves, according to UBS’ survey of sovereign institutions including major central banks released on Wednesday.

Global reserves are assets of central banks held in different currencies primarily used to back their liabilities.

The dollar currently represents about 60 per cent to 65 per cent of global currency reserves reported by central banks to the International Monetary Fund.

That share may come down a bit over the next two decades, only because central bank managers would want to raise their holdings of other reserve currencies such as the euro and renminbi, said Massimiliano Castelli, head of strategy and advice, global sovereign markets, at UBS Asset Management and one of the authors of the report.

The euro and renminbi are likely to boost their share of global reserves, but at a gradual pace, UBS said.

The euro’s share was around 20 per cent at the end of the second quarter, IMF data showed, while the renminbi was at roughly 2 per cent.

“In the end, what we think will actually happen over the next 25 years is that as we move on, we will have a world where we will have three important currencies: the dollar, euro, and renminbi,” Castelli told Reuters on Tuesday.

“Over the last 25 years, the dollar’s share has oscillated between 60 per cent to 65 per cent of currency reserves. I don’t see any reason why we cannot see the dollar represent 50 per cent of global reserves, the euro around 20 per cent to 25 per cent, and the renminbi having 5 per cent to 10 per cent and becoming a third reserve currency,” he added.

The UBS report noted that the dollar remains the “ultimate safe-haven currency” and during periods of intense global risk, investors flock to U.S. Treasuries.

The Swiss bank also cited the dollar’s role as a global anchor for prices and interest rates, which can force central banks to hold excessive U.S. dollar reserves to match the significant dollar exposure from trade and borrowings of their respective economies.

In the renminbi’s case, the U.S.-China trade conflict has not slowed down the growing interest of central banks of holding this currency.

But this issue though is likely to lower the rise of renminbi in global reserves given the uncertainty surrounding the Chinese economy, the UBS report said.

When asked about long-term target allocations for Chinese currency, central bank managers responses showed an average allocation of 4.2 per cent.