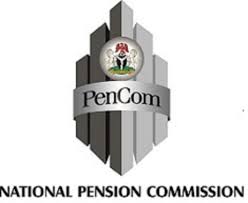 Dahir-Umar said in Abuja at the 7th Conference for Directors of Pension Funds Operators with the theme: “Driving Economic Development Through a Sustainable Pension Industry”.

The two-day conference was organised by the National Pension Commission in pursuant to of its statutory mandate of promoting capacity building and institutional strengthening of licensed pension operators.

Dahir-Umar said that the pension industry assets were overwhelmingly invested in the national economy with accumulation of value worth more than N9.4 trillion as at August 2019.

She said that the industry had impacted positively in all major sectors of the economy.

“The industry has accumulated assets worth over N9.4 trillion as at August 2019.

“These pension assets are overwhelmingly invested in the national economy, with positive impact in all major sectors and a significant contribution to the Gross Domestic Product (GDP).

“What is news, however, is the recent upsurge of clamour for deployment of pension funds to support several new initiatives in both the public and private sectors.

“Often times, such clamours are inappropriately pursued by its proponents,” Dahir-Umar said.

She, however, noted that the country`s Pension Reform Act 2014, only empowered the regulator to issue Regulations on Investment of Pension Funds and Assets to guide the investment activities of licensed operators.

According to her, the law does not allow regulators to approve any specific instrument for mandatory investment by operators.

She said regrettably, the commission was increasingly being inundated with requests for “clearance” of several business proposals to enable Pension Fund Administrators finance the initiatives with pension fund.

She said while these developments might be indicative of the high level of acceptability and robustness of the Pension Reform, they also called for increased vigilance by both the regulators and operators.

She noted that this was against the backdrop of derailment from the main objectives of the reform, which was the payment of retirement benefits as and when due.

She charged pension administrators in the country to be guided by principles that would assist the industry to remain focused on delivery of the objectives of government pension reforms.

“The pension industry players have a joint responsibility, not only to consolidate on the successes of the reform recorded so far, but also to build a sustainable pension industry that can effectively deliver on its primary social mandate of retirement benefits payment.

Accordingly, as you discharge your functions as directors of companies operating in the pension industry, you are obligated to be guided by the principles that would assist the industry to remain focused on delivery of the objectives of the pension reform,” she said.

The conference is aimed at updating members of the Boards of Directors of licensed Pension Fund Administrators and Pension Fund Custodians on topical operational issues.

The conference will discuss the new National Code of Corporate Governance as it applies to the pension industry.

It will also discuss the merits of incorporating the Economic, Social and Governance Principles in pension fund investment.

The conference is expected to give participants opportunity to share experiences and adopt and adapt new principles in the discharge of their responsibilities as directors of pension operator companies.