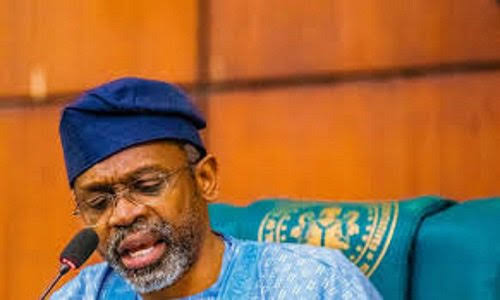 Some residents of Badagry, Lagos State have commended the House of Representatives on the passage of a bill criminalising er4ŕŕstimated billing of consumers by Electricity Distribution Companies (DISCOs).

The residents said that the bill would end of years of arbitrary billing and extortion of electricity consumers by DISCOS, if passed into law.

House of Representatives on Oct. 3, 2019  passed the bill which says issuance of estimated billing will attract either a one-year jail term or a fine of N1 million or both.

The proposed law would also compel a distribution company to provide prepaid meter to an applicant within 30 days, while barring the DISCOs from disconnecting the consumer after the 30-day period within which meter should be installed.

The Electric Power Sector Reform Act (Amendment) Bill 2018, presented in the Eighth National Assembly by Hon. Femi Gbajabiamila, then as Majority Leader, was re-presented in July 2019.

Mr Samson Akpata, the Supervisory Councillor for Education and Tourism, Badagry Local Government, described the passage of the bill as a welcome development.

“I wish to commend our Honourable Speaker for being consistent and in touch with the downtrodden.

“Ripping off Nigerians through estimated billing is a financial crime and thank God the House is coming to the rescue of poor electricity consumers from the unscrupulous practice by Discos.

“We can’t wait to see the end of this obnoxious estimated billing regime,” he said.

Akpata said the law would wake up DISCOs from their slumber and treat consumers as kings.

According to him, the step will stop DISCOs from extorting innocent consumers through estimated billing.

“We have seen the worst here in Badagry in the hands of Eko Electricity Distribution Company (EKEDC); they give us crazy bills every month without power supply.

“They only give us supply at the end of the month when their officials are out to serve us crazy bills.

“The following day, they will come with their ladder to disconnect us from the pole.

”Funnily enough, we will have to pay additional N2,000 connection fee to get connected back after we have paid the bill.

“The whole thing is frustrating but thank God, the crazy bill is gradually coming to an end.

“We are imploring the Upper Chamber to follow suit and ensure the bill becomes law,” he said.

Mr Idowu Jimoh, a staff of Public Complaints Commission, Badagry, urged the Senate to also pass the bill, appealing to President Muhammadu Buhari to speedily assent to the bill when presented to him.

Jimoh said government should not only ensure that the bill becomes law, but also see to its implementation to save the consumers.

“I have applied for prepaid meter without getting any for years,” she said.