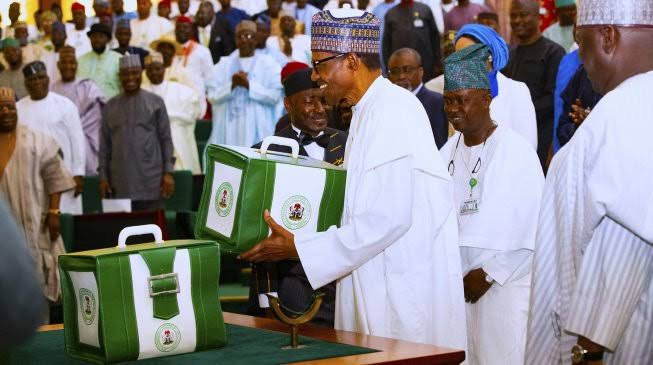 Mr Atiku Samuel, a policy analyst has expressed concern over the Federal Government’s ability to realise N8.155 trillion as revenue projection in 2020.

Samuel, said on October 9, 2019 in Abuja that he was concerned if the budget would be implemented as proposed.

According to him, the fiscal substance on which the budget is built is inconsistent and only a fraction of the N10.3 trillion projected will be spent.

“Starting with oil revenue projection of N2.64 trillion, the reality is that we cannot produce and sell 2.17 million barrels per day.

“We have never done that and nothing significant has changed to suggest oil production will hit the magical number.

Samuel said that while the Federal Government in its wisdom reduced the target production numbers from 2018 of 2.4 million to 2.17 million barrels per day, setting the price at 57 dollars per barrel was also overly optimistic.

“What is holding price above 60 dollars per barrel are extra-ordinary events ranging from Iran and attacks on Saudi oil installation.

“Forecast by the U.S. Energy Information Administration put the average price at 57 dollars per barrel and a lot of supply side analysts are revising downwards as the world economy slows down,” he said.

For non-oil revenue, the analyst said it was interesting to note that revenue from Government Owned Enterprises was coming into the budget.

He said that if the reforms the government intended to implement were carried out and institutional changes were achieved, they would help enhance non-oil revenue.

According to him, if the reforms worked, non-oil revenue can rake in between N4.5 trillion and N5 trillion, a marked improvement over the N3 trillion level seen over the last few years.

“Even at that, we are still far off the budget projections which could unbalance the budget and ability of government to implement the budget,” he said.

On the issue of timeliness, Samuel said that he was hopeful the legislature would deliver on its promise to pass the budget before the end of the year.

President Muhammadu Buhari on October 7, 2019 a budget proposal of N10.33 trillion to a joint session of the National Assembly.

Other estimates are N556.7 billion for statutory transfers; N2.45trillion for debt servicing and provision of N296 billion as sinking fund.

The 2020 budget is based on an oil production estimate of 2.18 million barrels per day, oil price benchmark of 57 dollars per barrel and an exchange rate of N305 to a dollar.