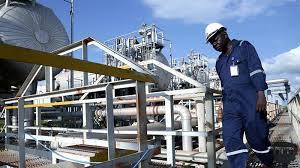 South Sudan will resume oil production in Block 5A and add more than 15,000 barrels to the current daily crude output of 178,000 barrels, its Petroleum Minister, Awow Chuang, said on Monday.

Chuang said that South Sudan had reached an agreement with neighbouring Sudan, which provides the only transport route for Juba’s oil to the export market, to resume production in Tharzat and Mala oilfields.

“The challenge of Block 5A was actually being cut by Sudan because of the quality of crude oil that does not fit the Khartoum refinery.

“But we have reached an agreement with Sudan for us to introduce up to 15,000 per day,” said Chuang in a statement issued in Juba.

The minister said the reopening of Block 5 was delayed due to challenges in accessing Sudanese refineries, but those constraints have been addressed.

“We are now moving very fast. Before the end of the year, we should have people on the ground in which we are going to produce not less than 15,000 barrels per day,” he added.

South Sudan has the third-largest oil reserves in Sub-Saharan Africa, estimated at 3.5 billion barrels and much of the reserves being unexplored.

Following the signing of a new peace deal in September 2018, conflict reduced and previously closed oilfields have reopened, and the landlocked country is hoping to raise daily output to nearly 200,000 barrels by the end of 2019.