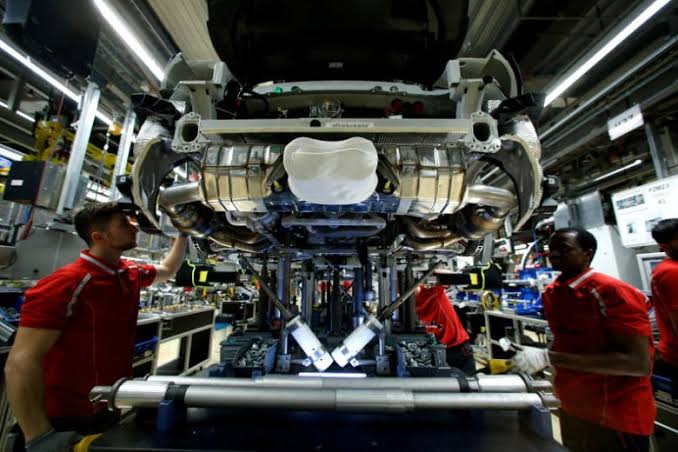 The German Federal Statistical Office (Destatis), has announced that new orders in Germany’s manufacturing industry in August decreased by 0.6 per cent compared to the previous month.

Compared to August 2018, industrial orders in Germany even declined by 6.7 per cent, nurturing worries that Europe’s largest economy was moving toward recession.

The German Ministry for Economic Affairs, said that industrial economy remained subdued for the moment, and noted that the weakness in demand was continuing.

Destatis noted domestic orders declined strongly by 2.6 per cent compared to the previous month, while foreign orders still showed a slight plus of 0.9 per cent.

According to the Destatis, incoming orders from the euro zone increased by 1.5 per cent and rose by 0.4 per cent for the rest of the world.

After an initial decline of 2.7 per cent had been reported for July, Destatis revised the decline in orders upwards to only 2.1 per cent.

It said real turnover in the manufacturing industry in August was 1.3 per cent higher than in the previous month.

Meanwhile, the institutes expected an increase in gross domestic product of only 0.5 per cent, 0.3 percentage points less than in the spring forecast.