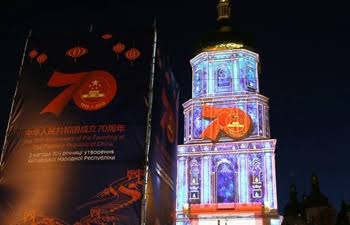 The African Union (AU) and the UN Economic Commission for Africa (ECA) on Tuesday urged Zimbabwe to deploy deliberate strategies to reposition the private sector to enable it to exploit larger market opportunities offered by the African Continental Free Trade Area (AfCFTA) Agreement.

The call came on Tuesday during a high-level workshop organised by the African Union AU Commission, the ECA and the government of Zimbabwe to sensitize the southern African country’s private sector on the continental free trade deal.

Private sector is a key stakeholder in production and trade, Batanai Chikwene, an Economic Affairs officer at the ECA, said.

Chikwene also emphasised the imperative for Zimbabwe “to address supply-side constraints limiting the productive capacity of its industry to stimulate competitiveness and growth.”

He added that the AfCFTA opened up new market opportunities in Africa beyond the Southern African Development Community and the Common Market for East and Southern Africa, which were traditional destinations and sources of exports and imports for Zimbabwe.

“It is time for the private sector to look beyond Zimbabwe’s neighboring countries and explore trade and investment opportunities in the rest of continent in both trade in goods and trade in services,” he said.

According to Chikwene, in order to fully realize the benefits of the AfCFTA, it has to be backed up by factors including increased productive capacity and enhanced regional value chains, so that Zimbabwean companies can compete well in the liberalized regional market.

“Key reforms are required to ensure that industrialization, trade and investment generate optimum benefits for Zimbabwe,” the ECA official said.

According to Chikwene, the key reforms that are required include in the areas of trade facilitation and infrastructure development.

Beatrice Claudia Chaytor, a senior trade expert at the AU Commission’s Trade and Industry Division, also urged the government of Zimbabwe to exert more efforts to embrace the opportunities presented by the AfCFTA.

Chaytor also emphasized that the Zimbabwe government would need to promote economic diversification through the development of policies that steer away from a focus on export of raw materials into value addition and manufacturing, and policies that facilitate entrepreneurial search and discovery in general.