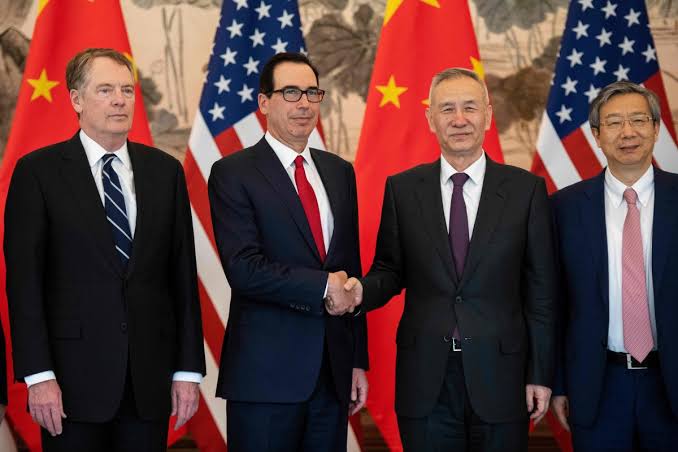 U.S. Treasury Secretary, Steven Mnuchin, had said on Monday that trade talks with China would resume next week in Washington.

The cancellation had stoked concerns about the willingness of both sides to carve out a deal or even an interim arrangement anytime soon.

“It’s always positive when you hear both sides willing to stick with each other,’’ said Piotr Matys, EM forex strategist at Rabobank.

“But we are quite pessimistic about any major breakthrough during those talks given Trump is in no rush to get a deal before the 2020 presidential elections.’’

Stock indexes mostly rose, with mainland China shares recovering a little after a near one per cent fall in the previous session, while the yuan edged higher.

But gains were kept in check after China’s central bank said it was in no rush to follow other countries in significantly loosening monetary policy.

Indian shares were a touch lower after rallying nearly eight per cent in the last two sessions, fuelled by a deep cut in the corporate tax rate.

The IMF said steps to clean up bank and corporate balance sheets would support financial stability for Turkey, but warned it remains susceptible to external and domestic risks.

Hungary’s forint hit a fresh record low against the euro as the National Bank of Hungary met for its monthly policy meeting, with analysts unanimously expecting it to keep interest rates unchanged.