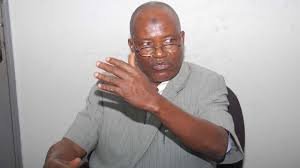 Tella said that the committee would likely vote to retain the present indices considering the present economy realities.

“MPC is likely to retain the present indices, as there have not been changes sufficient to warrant some changes.

“Ordinarily, however, bringing down inflation is important, but not through restrictive monetary policy but fiscal intervention, to promote domestic production based largely on domestic inputs,” he said.

Tella said that development of the agricultural sector would prevent importation of foods which constitute an important route for capital outflow.

Also speaking, Mr Moses Igbrude, Publicity Secretary, Independent Shareholders Association of Nigeria, predicted that the present rates would be maintained by the committee.

Igbrude said that the committee should address the issue of multiple exchange rates in the country.

He said that the multiple exchange rates needed to be tackled to stem its negative effect on the economy.

Omordion said that MPC had before now demonstrated commitment to stimulate productivity and consumption to create jobs, at the same time, drive national growth.

“Many Central Banks in the world have seen the handwriting on the wall that global economy is slowing down.

“Some have cut down their rates, while others embraced quantitative easing to activate and boost their economies .

“So, CBN should further use its monetary instrument to boost liquidity,” Omordion said.