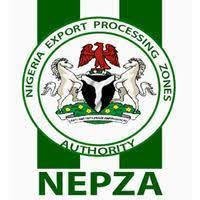 The  Nigeria Export Processing Zones Authority (NEPZA) will benefit from the seven new free trade zones project and recoup its investments in a short period of time as well as further attract massive Foreign Direct Investments.

Acting Managing Director of NEPZA, Mr Terhemba Nongo, said in Abuja while appealing for support to ensure that Nigeria reaps the benefit of trade zones.

Citing Ethiopia as example, he said the country expended over N100 billion on an industrial park within 12 months and will be reaping 1 billion dollars per year from the investment in no too distant time.

He said the new zones also have the capacity to create about 3 million indirect jobs with the right investments.

According to him, the President has established seven new trade zones; one in Lekki, Ilorin, Makurdi, Sokoto and yet to be agreed location in North-East and South-East, and one in Ebonyi State, which we are yet to get the site.

“The design of four of the industrial parks are almost completed. We will provide infrastructures in these zones and with the right investment each of the zone will provide a minimum of 50,000 direct jobs and when multiplied by seven, that will be 350,000, and indirect jobs of about 3 million,” he said.

While saying that the construction of each zone will cost between N50 billion to N80 billion, Nongo said with right funding, the projects could be completed within two years.