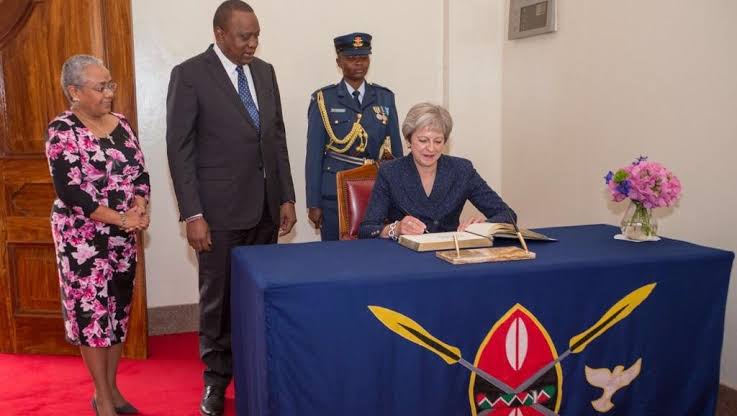 Mr Conor Burns, UK Minister of State for International Trade, has assured Kenya of continued to access to UK market under same regime it enjoys with the European Union (EU).

Burns met Kenya’s High Commissioner Manoah Esipisu at his offices in London where he said that post-Brexit will be beneficial to both countries.

Kenya’s current exports to the EU is duty-free, quota-free.

Minister Burns said an instrument confirming this arrangement would continue with Britain post-Brexit would be signed in due course.

One in every two cups of tea drank in the UK is from Kenya, nearly one fifth of Kenya’s flowers are sold to Britain, and Kenyan fruits and vegetables are a must dinner item in British households.

Mr. Burns said the UK was keen on deepening its relations with Kenya and was looking to make huge investments in President Uhuru Kenyatta’s flagship Big Four Agenda.

On Tuesday the UK announced increased funding for trade and diplomatic outreach globally, and new budgets would cover posts in Nairobi dedicated to emerging opportunities wrought by the Big Four.

“There are significant opportunities for continued investment by British companies, both as project funding and Foreign Direct Investment,” said Amb. Esipisu.

“We can look to bed down some of these opportunities and get them across the finishing line in January at the UK-Africa summit,” Amb. Esipisu added.

A host of UK companies are looking to put fresh money in the Big Four Agenda of affordable housing, affordable Healthcare, increased manufacturing and food security.

UK Export Finance and Commonwealth Development Corporation say they have as much as £4.5billion to invest in various Big Four projects in Kenya.

The High Commissioner was accompanied by Mrs. Anne Kamau from the Economic Section.