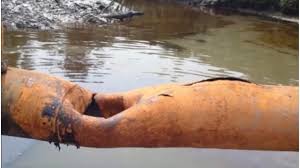 Ocean Marine Solutions (OMS) has restated its commitment toward effective securing and retrofitting of Oil Mining Lease 40 (OML 40) facility from Opuama to Otumara.

OMS is a leading asset company saddled with the responsibility of protecting the country’s resources from graft and illegal activities.

The company’s media consultant, Mr Omoruyi Akpata, said on Wednesday in Lagos that the company could proudly say it had delivered on this new challenge on the securing of OML 40.

Akpata said the company would continue to do its best to engage communities in dialogue and provide continuous enlightenment to the communities.

He said this would curb those perpetuating such act in the communities to stop the nefarious acts of vandalisation, infractions crude oil theft and illegal refineries.

According to him, this is not beneficial to the health and environment of the communities.

Akpata said that in the last nine years, when it comes to challenges, OMS could be counted on to conduct maritime security operations.

He said that among the mandates of OMS were then, to repair all identified valve insertion points, provide 24 hours security and surveillance watch, provide timely emergency response to address incidences of vandalism.

It was also to excavate segments that required sectional replacements and radiograph.

“Recent data gathered shows that Nigeria losses about 20 billion dollars annually to crude oil theft which is an estimated 55,210 barrels of oil per day or 1,656,281 barrels of oil stolen by oil thieves in 2011 alone.

According to him, it is to stem this hemorrhage and horrendous activities that OMS is called upon.

Akpata, however, said that a special documentary would start running on national televisions from Sept. 11, tagged “ Safeguarding the Lifeblood of a Nation’’.