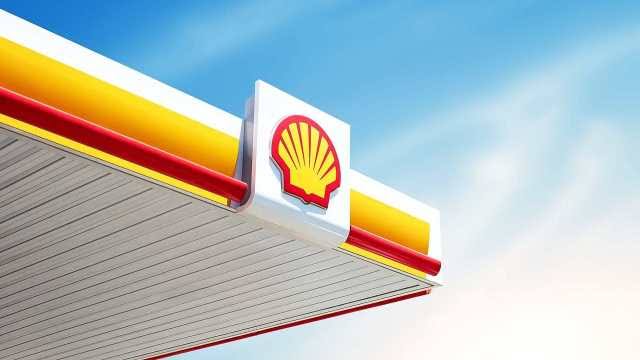 The Federal High Court, Abuja, on Friday, ordered the Federal Government to renew the operating licence of the Shell Petroleum Development Company (SPDC).

Justice Taiwo Taiwo, who delivered the judgment, said that though the company had applied for a term of 30-year period for the Oil Mining Lease (OML) 11, he could only grant a 20-year period in accordance with the Petroleum Act.

Shell, which is the plaintiff in the case, had approached the court in a suit number:CS/524/19 to seek its intervention over the controversy surrounding the OML 11.

SDPC had sought to compel the two ministers to renew OML 11, in addition to 14 other oil mining leases approved for it in June 30.

President Buhari had ordered the Nigerian National Petroleum Corporation to take over the operatorship of the entire OML 11 from SPDC.

According to a letter from the State House, Abuja, to the Group Managing Director of NNPC, dated March 1 with reference number SH/COS/24/A/8540 and signed by the Chief of Staff to the President, Abba Kyari, the president’s directive was clearly stated that the entire operatorship of OML 11 should be taken over by the NNPC/Nigeria Petroleum Development Company not later than April 30.

The federal government had, on Aug. 15, told the court that its decision not to renew the operating license of the company was in the interest of the nation’s security.

Counsel to FG, Mohammed Diri, while objecting to the SPDC’s suit, said that the primary objective of any responsible government was to guaranty the safety of lives and property.

He said that the refusal to renew OML 11 was a pre-emptive measures to prevent the occurrence or escalation of security breach in Ogoni area.

He argued that the OML 11 covered an area of 3,095.25 square kilometers that stretched between Rivers and Imo with 14 oilfields , 10 out of which are located in Ogoni area of Rivers.

He said that besides the security challenges, SPDC tried to compel the government to commit an illegality because an approval by the Minister of State for Petroleum of “a single oil block size of 3, 095.25 is tantamount to facilitating illegality in contravention of the (Drilling and Production ) Regulation which limits the size of OML block to 1.295 square kilometers.(500 miles).”

The lawyer therefore urged the judge to hold that SPDC suit was destitute of merit and suffered incurable legal deficiency and should be dismissed.

However, the judge adjourned till Aug. 23 to enable the government respond to issues of facts raised by the plaintiff in its further and better affidavit.

Diri had told the court that he had not seen the further affidavit and reply which SPDC Counsel, Funke Adekoya, SAN, told the court was served on the respondents.

Delivering judgment on Friday, Justice Taiwo said he had gone through all the processes before him.

He said it was the duty of the court to ensure that it was bounded by the law.

Justice Taiwo noted that the provision of the law makes it mandatory for the Minister of Petroleum to grant a renewal of license if an applicant met all the conditions.

“My understanding of paragraph 13 (1) of the first schedule to the Petroleum Act states that it is mandatory for the minister to grant a renewal if all the conditions have been met,” he said.

The judge held that there was no evidence before him to prove that the plaintiff had not met with the conditions stated in the provision.

On the number of years sought for by the plaintiff, he said he could not go outside the provision of the law.

According to him, Paragraph 10 of the first schedule of the Petroleum Act is very clear.

“I see no conflict in these two paragraphs. I am of the view that what these paragraphs say is that a term of mining lease shall not exceed 20 years.

He also said that the” Drilling and Production Regulation cannot be upgraded to the position of the Petroleum Act and the issue that the defendant cannot grant more than 1, 295 square metres as the case with the total area covered by the OML 11 which had been in existence before the regulation came into being.”

“I therefore find that having fulfil all obligations require for the renewal of Oil Mining Lease 11, including the payment of rent and royalties and having applied for the renewal of the lease in line with the law, the plaintiff should be granted the renewal.

“I hereby order that the defendants are hereby compel to grant the application for the OML 11 but it shall be in accordance with Paragraph 10 of the first schedule to the Petroleum Act as regard the number of years stated therein and that there shall be no reduction in size of OML 11 as being contemplated by the defendants,” Justice Taiwo ruled.