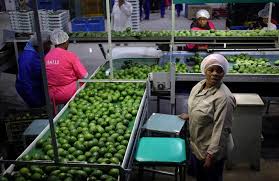 IHS Markit’s Purchasing Managers’ Index (PMI) fell to 48.4 in July from 49.7 in June, further below the 50 point mark that separates expansion from growth.

All five sub-indexes in the survey showed a contraction, with the new orders component falling at its steepest pace in nine months while employment slid into contractionary territory for the first time since March.

South Africa’s unemployment rate hit an 11-year high of 29 per cent in the second quarter, driven by job cuts in private households, transport and mining.

The dire unemployment figures followed a shock contraction in growth in the first quarter, piling pressure on President Cyril Ramaphosa’s pledge to deliver a turnaround.

“July data suggest that businesses are struggling to achieve further growth at the start of the second half of 2019,’’ David Owen, an economist at IHS Markit said.

Ibadan Industrial Park to be biggest in Nigeria