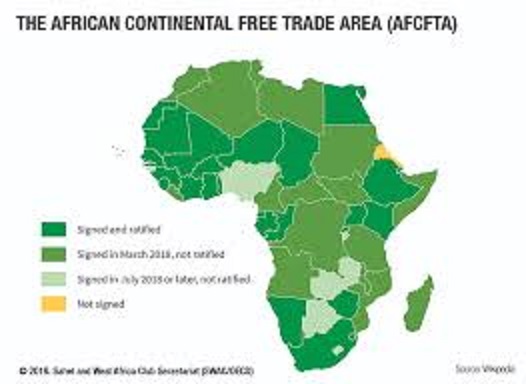 In readiness to implement the African Continental Free Trade Area Agreement (AfCFTA), Ethiopia has agreed to liberalize 90 per cent of its tariff for members.

Hirut Zemene, Ethiopian State Minister of Foreign Affairs, said the country within the coming 15 years, will scale back 90 per cent of tariffs for members of AfCFTA.

The State Minister further noted Ethiopia made the decision after negotiations that lasted two years.

Woinshet Tadesse (Ambassador), Ethiopia’s Permanent Representative to the African Union, remarked being part of AfCFTA helps Ethiopia develop industries that can create more jobs for the unemployed while stabilizing the market for consumers.

She also noted that the move helps create strong industries in Africa, which might even the continent’s competitive edge in the international market.

AfCFTA will create economic integration and social solidarity among member states, she pointed out.

The tariff liberalization for AfCFTA member states will commence from July 1, 2020, onwards, it was learned, and it will be based on law and regulation.

Nigeria saves $21b from decline for foreign products

Buhari in Japan for 7th Tokyo confab on African development