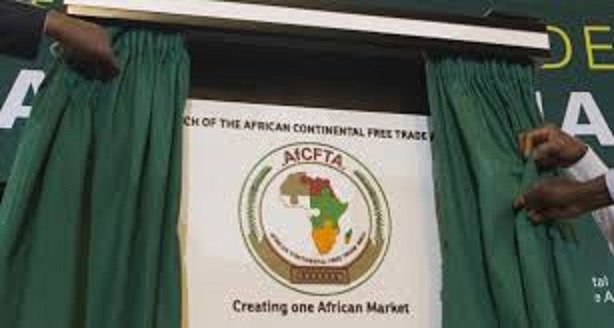 The African Continental Free Trade Agreement (AfCFTA) is the best thing happened to Africa in recent decades. Africa has been a weeping child deprived of nutrition. In Africa, poverty has been enforced far too long, ignorance prevails, and cheap exportation of goods and services into Africa has been an organized conspiracy to oppress, rob and degrade the people of Africa.

Rather than collaborate and integrate economically among themselves, African countries have always looked to Europe, America and Asia for trade partnerships, aids and grants, and FDIs. But what good could come out when undeveloped African Countries ignore themselves? For every dollar that America, Europe or Asia sends to Africa, for every trade agreement we sign with the west, a thousand dollars is clawed back through tariff barriers; a thousand developmental opportunities are lost, a thousand industries die: this is a colossal rip-off.

Africa spends billions of dollars enriching farmers; traders and service providers in Europe, the Americas and Asia while its own industries continue to die of non-patronage and lack of economic protection. Africa has never needed aids or grants or capital flows from the West. Or perhaps we once needed these supports but we have since grown into adulthood and needed to take on some responsibilities for our own development. Because we have always depended on handouts and cheap imports from the West, we have lost decades of development.

Free trade in goods and services is a win-win situation for all African countries.  It puts consumers at the centre of economic activities. It lowers the cost of imports, gives the people the opportunity to buy more with the same amount of money, it puts economic powers in the hands of everyone and not just the government or the big businesses…good news to the unsung Aba shoemakers, the everyday hustlers on the street of Cotonou, Accra, JBurg and the unknown coffee farmers in Ethiopia, Algeria, and Kenya!

It is reported that trade among African countries is just 16% of total continental trade, but there was free trade in Africa before the colonialists came. Free enterprise was revived in March 2018 when 44 African countries endorsed the (AfCFTA), it achieved maturity on May 30, 2019, after it received the required 22 countries signatories but came into the market on July 07, 2019.

It is envisaged that 90% of continental goods will be liberalized over 5-8 years; 7% will be classified as sensitive and liberalized over 10-13 years, and 3% will be exempt from free trade entirely. While the allocation of goods to these categories is yet to be negotiated, it is expected that the AfCTA will lead to a 52.3% growth in intra-African trade by 2022.

Africa’s SMEs, which accounted for more than 50% of GDP and 80% of employment is expected to rake in the gains of the AfCFTA. AfCFTA is also expected to stimulate economic growth, promote new markets, and reduce inputs costs. AfCFTA means a single integrated market of goods and services for the more than 1.2 billion people in Africa and possible leap in the circa $3.5tr aggregate GDP. It has also been predicted that there could be a $3.6b in welfare gains to Africa through the increase in production and availability of goods and services across the continent.

Notwithstanding the gains and intended benefits of the AfCTA, there are concerns- emerging markets like Mauritius, Sao Tome, Togo and the likes may face increased competitive pressures from continental giants like Nigeria and South Africa. In fact, of the $3.5tr aggregate GDP, Nigeria, South Africa and Egypt account for more than 50%. Well-diversified economies such as South Africa will also benefit more. Another concern is the effects it will have on the existing regional trade agreements such as the ECOWAS (West Africa) or the EAC (East Africa).

AfCTA is a predestined reality right from the days of Africa’s independence struggles. There is no stopping! The West must wake up to the reality that Africa must trade with itself first.  Tibor Nagy, the US top Africa diplomat had on June 24, 2019, warned African Countries in Pretoria that the west will not bail out indebted poor African Countries; that America will not be sympathetic. If AfCTA is well managed and implemented Tibor’s threat will mean nothing.

Free trade does not mean fair trade, so to benefit fully from the AfCTA, each 55-member country in Africa must put in place policies to spur local production, supports its SMEs and industries, pursue economic diversification and protect intellectual property and prevent espionage. The AfCTA is the path to make Africa a thriving actor in the global economy.