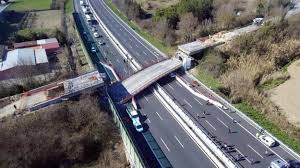 The Executive Stakeholders’ Forum of the Chartered Institute of Logistics and Transport (CILT) has called on Nigerian government to address transport infrastructure gap to enable the sector to contribute meaningfully to the economic development.

They made the call in Abuja at the forum of the Branch of the Chartered Institute of Logistics and Transport (CILT).

The theme of the event is, “Vision and Strategy for the 21st Century Logistics and Transport Organisation’’.

They argued that an efficient transport infrastructure and effective logistics were prerequisite for local businesses and foreign investors to operate successfully.

Mr Reynolds Shodeinde, Assistant Director of Administration, CILT, said that poor transport infrastructure and low public investments in transport would lead to increased costs for firms to operate and also loss of attractiveness to investors.

According to him, good quality and seamless intermodal transport infrastructure has a notable effect on cost levels.

“Researchers have found that an improvement in infrastructure will reduce costs by 11 to 12 per cent, more so in the industry under review to which we all belong.

“Conscious of these facts, Nigerian Government is taking proactive measures to reduce the country’s logistics costs in relation to its gross domestic product, by paying special attention to developing appropriate logistics and transport policies to accommodate the needs of economic development,’’ he said.

Shodeinde, however, commended the government for its recent effort in addressing some of the infrastructure gaps in the marine, rail and aviation sub-sectors of the economy.

He said that the completion of Abuja-Kaduna Rail line, Lagos-Ibadan line, construction of Lekki Deap seaport and the construction of four international terminals in Lagos, Abuja, Port Harcourt and Kano airports were commendable.

According to him, a country aspiring to national prosperity must not overlook logistics and transport for they are the life wire and backbone of all flourishing economies.

Nashakyaa, who presented a paper titled: “The Role of Logistics and Transport in National Economic Development’’, said that no nation could make significant leap without efficient and effective logistics and transport services.

He added that all other sectors of the economy revolved around transport and logistics, saying that nothing significant can be achieved without the sector.

“The progress of logistics and transport might have been slowed down by poor transport infrastructure.

“While we acknowledge the effort of the government to address infrastructure gap in transport infrastructure and facility, there is need to embark on projects that are realistic.

Mr Alex Okosun, Abuja Branch Chairman of CILT, said the forum was designed to create awareness among the policy makers in the sector to be able to look into areas where improvements were needed.

He said that the economic prosperity of every nation was tied to effectiveness and efficiency of its transport sector, adding that standard infrastructure was required to meet such demand.

Okosun also called for standard transport regulations and proper implementation of the existing laws, saying that transport was highly unregulated in Nigeria.

“This is what CILT is trying to address by bringing all the critical stakeholders together such as policy makers and policy implementation officers to critically identify the way forward.

“That is why we also want to continue with training and retraining of logistics and transport stakeholders.

“We also want to encourage the government to start implementing the regulations to enable the sector to make impact in the nation’s economy.

“We have laws that are not implemented and that is why it appears as if there is no regulation in the transport industry in Nigeria but if CILT Act scales through it will enable us help government to implement those laws,’’ he said.

Okosun said that the institute’s effort was to ensure that the contribution of transport sector to the national GDP would be improved.

According to him, you cannot imagine in a country of an estimated 200 million people that transport only contributes an insignificant 2.2 per cent to the GDP.

“Countries in the western world like the Netherlands, Switzerland, and Germany with small population are talking about 70 to 75 per cent contribution of transport sector to their GDP.

“With a good transport infrastructure and good transport industry we don’t even need oil because the services sector will be able to fund the budget and that is where we need to look at to improve the percentage of our GDP.

“It is too low and it is because the infrastructures are not there.

“We have sea ports that are bigger than many in western world like Germany, why then are we backward.

“The present government is trying in the area of transport infrastructure but more needs to be done on continuous basis so that we can get there and above all, this critical sectors should be manned by professionals,’’ he said.