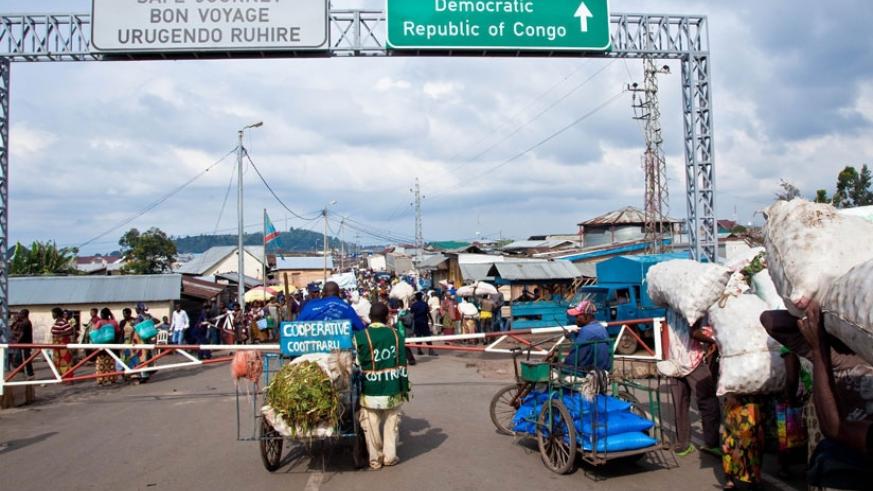 Two countries, Rwanda and Democratic Republic of Congo, are drawing up products that that will benefit from tax-free cross-border trade.

They are also determining the size of businesses.

The development followed a meeting between the Minister for Trade and Industry, Soraya Hakuziyaremye and Lambert Matuku Memas, the Congolese Minister for External Trade.

The meeting was held in Kigali and aimed at, among others, consider an agreement intended to promote cross-border trade between the two countries that they signed in 2016, and devise ways to address identified challenges.

Matuku voiced concerns that there are traders who have been fraudulently exploiting the simplified trade regime, which posed an obstacle to the effective implementation of that business arrangement.

He called for measures to curb that malpractice.

The simplified trade regime (STR) was launched in 2007 by the Common Market for Eastern and Southern Africa (COMESA) and the East African Community (EAC) to facilitate small-scale cross-border trade.

Under the regime, small-scale cross-border traders dealing in certain types of commodities benefit from a duty-free arrangement.

Goods that are originating from member countries and whose value does not exceed $1,000 or about Rwf800,000 (COMESA) or $2,000 or about Rwf1.8 million (EAC) per consignment qualify automatically for duty-free entry in the respective markets.

DR Congo officials said $2,000 for small traders, which was currently the ceiling for tax exonerated beneficiary, is a huge amount, proposing that the sum be reduced to $500.

The visiting minister indicated that, initially, the idea was for the regime to focus on cross-border exchange of specifically agricultural commodities.

However, he said that there are big traders who want to take advantage of the facility to illegally benefit from it.

“In its implementation, big traders have been attempting to exploit the system. That is an obstacle that has been exposed and which has to be addressed,” he said.

“There is a proposal that businesspeople with goods not exceeding $500 should be the ones to benefit from the Simplified Trade Regime.

This is a proposal they (DR Congo) are taking to COMESA, and we will discuss it,” Hakuziyaremye said.

“The decision that has been made is that tax bodies of the two countries will continue to improve their cooperation so that the simplified trade regime that was put in place by COMESA, to benefit traders especially those living near the borders, be respected,” she observed.