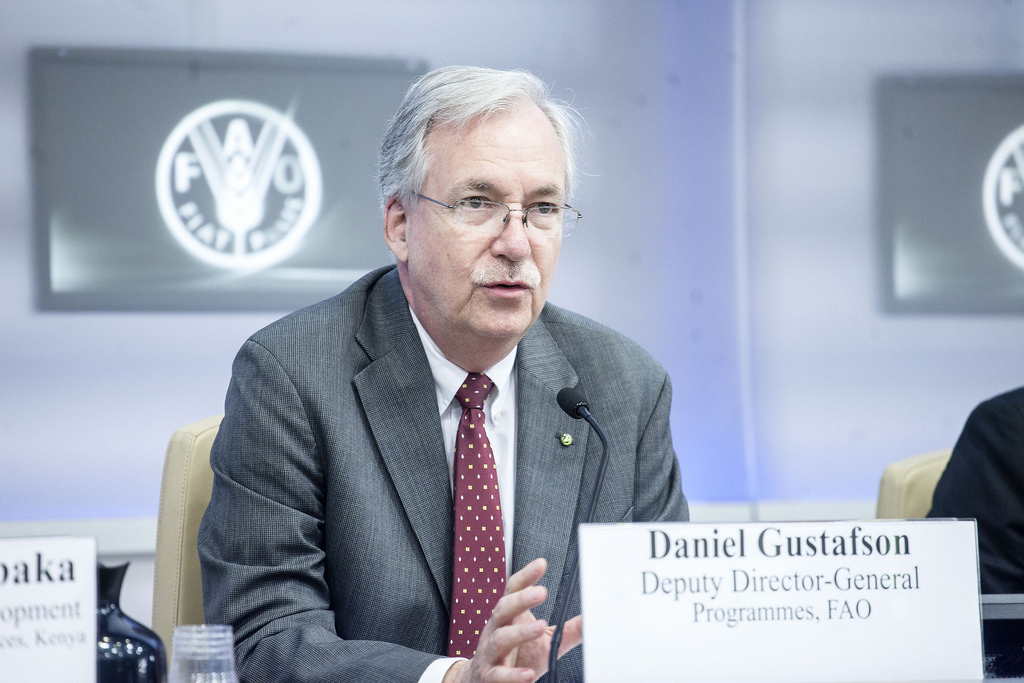 The Kuwait Foundation for the Advancement of Sciences (KFAS) has confirmed that Mr Daniel Gustafson, Deputy Director-General of the Food and Agriculture Organization (FAO) has been officially invited to join the Al Sumait Prize for African Development Board of Trustees.

The official invitation from Minister of Amiri Diwan Affairs Sheikh Ali Al-Jarrah Al-Sabah was handed over by Charge d’Affaires of the Kuwait Embassy in Rome Advisor Salem Al-Zamanan.

Gustafson praised the initiative as of international value and that it would stimulate scientific research to serve UN goals of sustainable development, help poor African communities and enable them to improve their living conditions.

He said that being a board member will help to expand and develop the FAO partnership with Kuwait, especially in food security, which is the main task of the FAO and a key element of the UN Sustainable Development goals 2030.

“It is a world-class scientific forum that includes experts, scientists and specialists in various fields with a huge research and scientific archives due to cooperation with distinguished universities and scientific institutions”, Al- Zamanam described the UN organization.

Al-Zamanan expressed his pride in welcoming the FAO to participate in this initiative.

“We look forward to welcoming Mr. Gustafson to the Board of Trustees and the opportunity to strengthen our relationship with the FAO.

“To this end we will be extending the nomination period for the food security category of the prize till the end of May 2019 so as to make sure we have nominations for all those individuals and NGOs that are positively impacting food security development on the African continent.” Commented Dr. Adnan Shihab-Eldin Board Member and Director General of KFAS.

The Board is chaired by H.E. Sheikh Sabah Khaled Al-Hamad Al-Sabah,Deputy Prime Minister and Minister of Foreign Affairs of the State of Kuwait.

Other trustees include Mr. Bill Gates, Co-Chair of the Bill & Melinda Gates Foundation, Mr. Makhtar Diop World Bank’s Vice President for Africa and Mr. Abdulatif Al-Hamad, Director General and Chairman of the Board of the Arab Fund for Economic and Social Development.