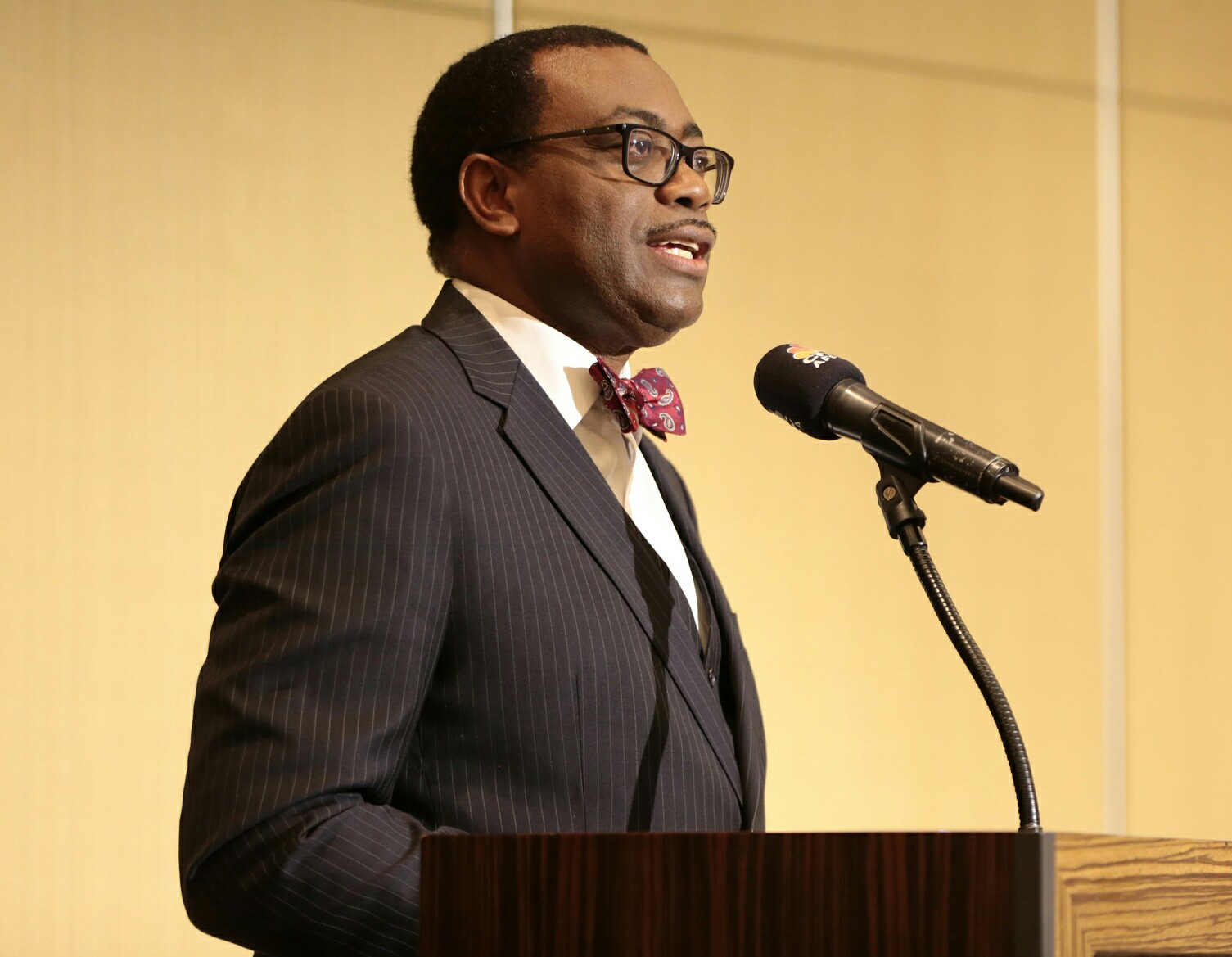 Dr. Akinwunmi Adesina, the President of Africa Development Bank (AfDB), has revealed that the African Investment Forum facilitated by the bank in 2018 succeeded in mobilizing $38.7 billion of investments to African.

Adesina reported that of the amount, about $7.1 billion would be invested in Nigeria.

After a meeting with President Muhammadu Buhari on Tuesday, he told journalists that the bank was in the period of general capital increase to put Africa in different perspective.

He said that with the right support, “we believe you will see a different Africa completely under this new general capital increase of the bank’’.

“One of the things that we said was that Nigeria’s contribution under the last general capital increase of the bank was $360 million but we lend to Nigeria $4.5 billion, almost 15.5 percent.

“Every dollar that Nigeria gives to the bank, we lend 15 dollars in return, so it’s a great investment.

“I assured Mr. President that under the new general capital increase of the bank, we are talking to our investors about this, so if we get enough money, hundreds of people will be connected to electricity,’’ he stated.

On the new strategy Nigeria needed to get power sector right, Adesina said: “The country needs to get the tariff structure right because if you don’t have good cost reflective tariff structure, investments from private sector becomes very difficult in the energy sector’’.

The AfDA president also stressed the need to address the liquidity constraints in the power sector.

“We in the bank have invested over 400 million dollars in the transmission company of Nigeria to support it.

“But at the end of the day it’s to diversify the energy sector that we have.

“We have gas here, we should use a lot of those gas; we also have hydro and solar. The African Development Bank is investing heavily right now in the north, in the Jigawa area in solar projects.

“So, God is good to Africa and He gave us tremendous amount of sunshine, water, everything is good for Africa, all we need to do is take a cable and connect to the sun and we will be fine.

“So, we just have to optimize the renewable energy potential that we have,’’ he added.

He said that AfDB would continue to support Nigeria in its efforts to boost infrastructure, especially electricity.

The bank, he said, also spent $258 million in the rehabilitation of infrastructure damaged by Boko Haram insurgents in the Northeast of Nigeria.

Adesina said that the affected areas of intervention included health, education, sanitation and water, which were damaged or destroyed as a result of the destructive activities of the insurgents in the region.

“We have also invested heavily in the northeast of Nigeria. We have put in almost 258 million dollars to support the rehabilitation both in terms of health, education, sanitation and water as a way of reviving areas that have been battered,’’ he said.