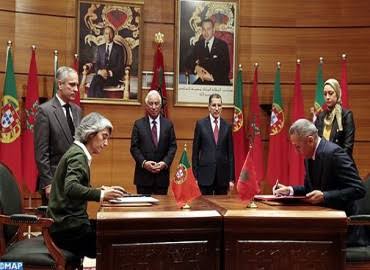 Morocco has the potential for increased trade and co-development in various sectors in Africa.

Moroccan Minister of Economy and Finance, Mohamed Benchaaboun, said in Marrakech at a briefing held at the end of the first day of the ministerial segment of the 52nd Session of the Economic Commission for Africa’s (ECA) Conference of African Ministers of Finance, Planning and Economic Development (COM 2019).

“We have already conducted major operations with several African countries in the areas of services, including financial services (banking and insurance), as well as telecommunications and public works.” She said.

She said also that African Continental Free Trade Area (AfCFTA) would offer the continent an opportunity to accelerate what has been done with each country and would open the continent to exchanges in all directions and to co-development.

It would enable growth to be raised to a higher level for the countries concerned, she said.

Benchaaboun also said that COM2019 is an opportunity to examine and highlight all the opportunities offered by digitalization and the use of new technologies to promote African economy.

The ECA Executive Secretary Vera Songwea said that the first day of the ministerial sessions had begun with discussions on the 2030 Sustainable Development Goals (SDGs) and the 2063 Agenda for Action.

Songwea also expressed concern that overall, growth levels on the continent remain below what is needed to achieve the Sustainable Development Goals, noting that to achieve those Goals, Africa needs to triple its 2018 growth rate of 3.2 per cent.

The The Executive Secretary further stated that the achievement of the 2030 SDGs requires $680 billion in funding and that the debate has shown that improving taxation, through broadening the base, could generate up to $480 billion.

After noting that financial inclusion remains a challenge for many African countries, Ms. Songwea emphasized the social contract with the private sector, which is willing to contribute to the SDGs.

She pointed out that Africa also needs increase in private investments and external trade, adding that the operationalization of the African Continental Free Trade Area (AfCFTA) will boost growth on the continent.

To enable the AfCFTA enter into force, it needs to be ratified by 22 of the 54 member countries of the African Union. So far 21 countries have ratified the AfCFTA, with Ethiopia being the latest and 15 countries have deposited their instruments of ratification.

Egypt to enforce free trade agreement as head of AU

﻿Kenya signs $2.2b deal with China